What would you do if you had at your disposal some of the most famous characters in the world, such as Dragon Ball, One Piece, Naruto, Bleach or Knights of the Zodiac? What kind of story would you create? For any fan, the possibilities would be endless. The sky would be the limit.

But not even a star-studded cast is able to save Jump Force from mediocrity.

Created to commemorate the 50th anniversary of Shonen Jump magazine, whose pages have been or are still home to some of the most famous titles in the history of manga shonen (term used to classify manga for boys). It’s heavy-gauge people we’re talking about here: in addition to the franchises mentioned above, we have  Jojo’s Bizarre Adventure,  Yu Yu Hakusho, Hokuto no Ken, Samurai X … in total there are 16 series contemplated.

The game that arrives to celebrate this anniversary is a questionable product, which tries to hide an experience made in the thighs with beautiful graphics and a pompous presentation.

Jump Force puts the player in the shoes of a common citizen who inhabits our world – until he finds himself in the crossfire of a fight between Freeza and Dragon Ball, One Piece and Naruto warriors. When it is hit, the unexpected happens: a mysterious object, called Cubo Umbras, not only saves you from death as it confers the powers of heroes.

All this, of course, serves to introduce the robust customization system of Jump Force, which unites clothes, hairstyles, scars, weapons and – mainly – consecrated movements of several famous series. Want to make your fighter learn the Pegasus Meteor, the Kame Hame Ha and the Leigan? Go ahead.

Using this avatar, Jump Force follows the same line of titles like Dragon Ball Xenoverse, blending campaign and other modes of play in an extensive activity center. But let’s go first.

After the incident described above, his character joins Jump Force, an army that investigates the mysterious fusion between the manga universe in the game (here called Worlds Jump) with our reality, while defending the humanity of evil creatures called Venoms – which are nothing short of avatars similar to yours, with somber tones.

From there, the story of Jump Force creeps modestly on a mission to make room, whether recruiting heroes for your army or facing villains, to each of the 40 fighters in the game. Jump Force spends so much time presenting his cast that it takes a good dose of patience to get into the story that the game effectively wants to tell,

It also does not help that Jump Force maintains all the technical idiosyncrasies of anime game B, such as excessive bureaucracy in menus (most of the missions need to be accessed in a mission center in the main hub), and especially in a ridiculous amount of loading screens. The game pauses everything to load even a simple 30-second scene – something inexplicable when the title runs on devices of the power of an Xbox One or a PlayStation 4.

The main disappointment with the Jump Force plot, however, is to see how the story misses the greatest potential of a crossover of this magnitude: the interaction between radically different characters between each series, whether for humor or drama.

In a festival of characters that consolidated the archetypes of the shonen manga as we know it – the star-like protagonist in the Naruto or Seiya style, the revolted anti-hero represented by Vegeta and Sasuke, or the skilled and stoic type experienced by Kenshiro or Kenshin – , almost everything that is spoken are phrases of effect or expository dialogs uninteresting.

READ MORE:  Cyberpunk 2077 E3 Gameplay to Be Revealed Only in August

Animations in story mode are also worthwhile at times, with dialogs that do not accompany voices or even sprites that are shifted from place to place without any kind of change in motion – such as this clip in which Frieza flies, but he seems to be abducted.

What matters in Jump Force, whether in history or in other ways, is to go for kicks, and in this part, the game fulfills its few expectations without many surprises. This is not a game from which you can expect tactical and technical complexity like that of your gender pairs that figure in a competitive setting. There are no Jump Force matches at a high level because the level is low by system default.

Jump Force is anchored in advantage and disadvantage dynamics in each of its attack types, without much appreciation for damage boxes (invisible forms that in fighting games determine whether a hit hits the opponent or not, depending on how the character moves). Grips will overcome blockages, defense buttons offer counter-punches or leaks during combos, and so on.

What matters here is every fighter showing off his techniques with as many visual effects as possible, and it is in this part that Jump Force was done with more caprice. Although I find the decision to merge cartographic traces with photorealistic graphics a bit questionable, the mix works in the effects of explosions and spells, especially when the Awakening techniques are used – the strongest blows of each fighter.

Attack with Awakening is often difficult to defend and takes up much of its life span. Depending on the fighter, they may also include some sort of transformation: Goku and Vegeta as Super Saiyajin, Naruto in Bijuu mode, Seiya in the gold armor of Sagittarius, and so on. Scams are appeals, but the visual spectacle is worth it.

The cast was also the result of a good selection process. Many of the fighters had already appeared in other Shonen Jump commemorative titles, such as J-Stars Victory VS (2014), but here Bandai Namco made a fine comb that contemplated its main series without leaving aside some surprises – I venture to say that nobody she imagined seeing the producer pulling Fly out of the refrigerator. The game could only have a little more women, especially if we take into account the number of important and powerful protagonists in more “new” series, like Naruto, One Piece or Bleach.

Your shallow combat system is fun, especially if you take the game to your meeting with otakus friends, but shallow shows that there is little technique to master there. The artificial intelligence system of the game is not clever, accepting much of the blows open (I tired of winning fights only using Naruto’s Rasengan),

In the end, Jump Force is exactly what most anime connoisseurs expected. Despite the prominent ad in the latest E3 and the graphic varnish of a high-budget game, it’s a shallow title, without an interesting storyline, simple to play, without many challenges, that will amuse you by putting your favorite anime at your command , but that’s all there is: a fanfic half-mouth between loading screens.

And, as it is no more than that, it leaves the deception of what could have been. 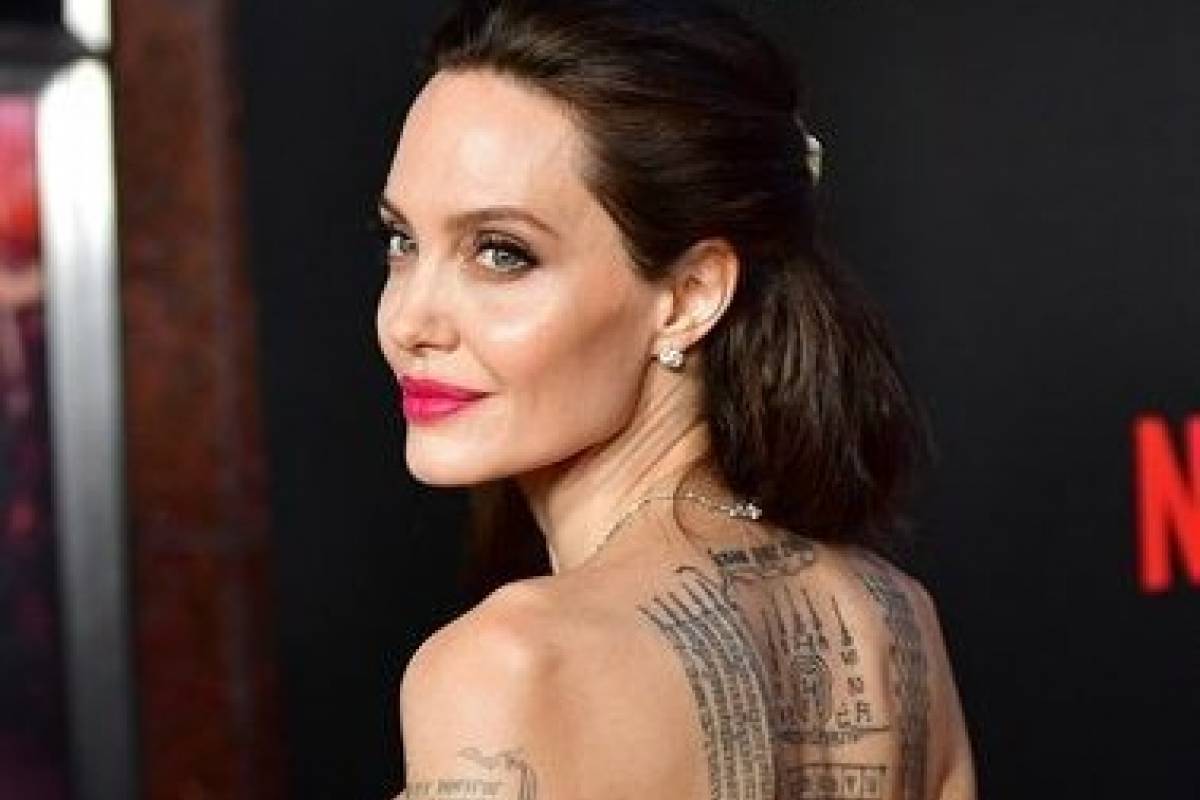 These are the meanings of the mysterious tattoos of Angelina Jolie...

Stuart Swopes - July 5, 2020
0
The Skin Angelina Jolie was a blank canvas to capture your feelings and wear the marks of your memories forever. The Actress it is...

Hollywood Bar & Club Scene on Verge of Collapse After New...