PS Plus in April 2019: The new free games are known – what’s worth? It’s time. Sony has announced the new monthly PS Plus Games for April. All PS Plus subscribers can enjoy the following titles from 2 April.

Here’s what you should be aware of: If you have not noticed yet, there was a change in the PS Plus games in March. The free monthly games since then include only PS4 titles. Games for the PS Vita and for the PS3 will not long in this context.

These PS Plus games will be available in April for your PlayStation 4:

As of Tuesday, April 2, they will be available for download for all PS Plus members or may be added to the library.

What is Conan Exiles? Conan Exiles is a survival MMO in the rugged Sword & Sorcery world of Hyboria by Conan the Barbarian.

As a player, you are crucified with your character for his misdeeds in the desert and left to die. But one is freed by Conan himself and then has to fight for the bare survival.

In this context, you discover a large, varied world with different climate zones, create houses or even entire cities, make clothes, fight through dungeons and get involved with it all sorts of monsters, animals or other players.

For whom is Conan Exiles suitable? The game is aimed primarily at an adult audience that does not want to be fed up with state-of-the-art fantasy fare. Because in Conan Exiles it is very rough and dirty to the point. With blood or nudity, the game is not stingy either.

Are you into survival elements, like exploring worlds and wanting to experience a cool story? Then you do not do anything wrong with Conan Exiles.

What is The Surge? The Surge is a playfully challenging action RPG with a sci-fi setting, reminiscent in many ways of the Souls series or Bloodborne.

As a player, you slip into the role of an employee of a large corporation that wants to save the world from decay in a dystopian future.

In the course of a catastrophe on the first day of work, however, one becomes unconscious and then wakes up again in a ruined workplace. Equipped with an exoskeleton you now want to flee from the industrial complex. It is important to keep amok running robots, crazy and bionically modified colleagues and a nasty AI from the neck.

In a third-person view, you battle your way through numerous enemies

With cool combat animations and defeat powerful bosses, all in a beautifully staged, industrial-inspired game world. You can consciously attack certain body parts of the opponents and even hit off targeted limbs. You can then create, use or even upgrade the severed weapons or pieces of armor yourself and thus further develop your character.

Who is The Surge for? For those who have always wanted a Souls or Bloodborne experience in a sci-fi setting or are generally looking for challenging yet fun gameplay. Because The Surge proves to be as crisp as the unimaginable role models with his fights.

If you’re looking for more PS Plus content or discounts, check out the official PS Plus page on the PlayStation Store: Here are all the latest offers for PS Plus members.

In addition, until April 4, there the possibility to discount the rally simulation DiRT Rally 2.0. As an offer of the week – they are up to 36% cheaper compared to the regular store price. The new offer of the week from 27.03. – Is the purchase worthwhile?

How do you get these free PS Plus games?

For this, you need an active subscription to PlayStation Plus. This service costs just under 60 € a year. In return, there are then each month two free PS4 titles in the form of a digital download on the PS Store. There you can either download the games directly to your PS4 or add them to your library if you want to play them later.

If the subscription expires, you will not be able to gamble on the PS Plus titles, but the games will remain in your library along with progress. Renew or renew the PS Plus subscription, you can pick up right where you left off.

Incidentally, you can get the monthly PS Plus titles from March by next Tuesday.

Hope You Enjoyed If I have done any mistake let me know about in the comment section. if something I missed let me know. Yours every suggestion helps me to improve and get better. 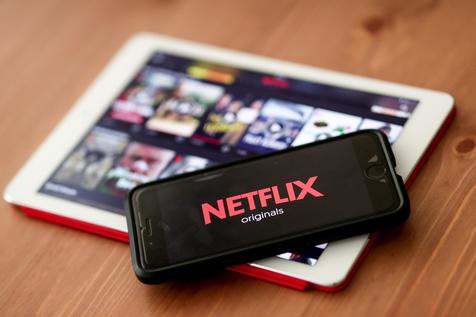 Ryan Holmes - July 8, 2020
0
Platform Netflix beats Hollywood to the problems of racism that stood in the centre of the programming, which allows you to go to...

What are the changes in the Televisa? New ‘member’ come in...

Knows the secrets of Karlie Kloss, you will receive a surprise!

Sofia Vergara causes perturbations in the photo on 4 July