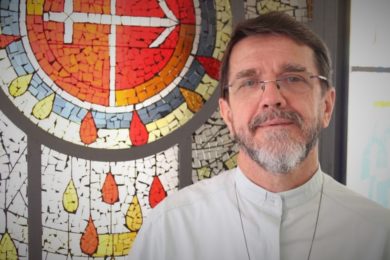 Pemba, Mozambique, 13 April 2020 (the Church) The bishop of Pemba, in northern Mozambique, was now “really happy” for the alert that the Pope had left on the situation in Cabo Delgado province, where there is a “constant violence” from the end of the year, in the fall of 2017.

“I was expecting a lot of this a sign of it for us. In the words of the pope has an immense weight. I’m going to sleep in the most peaceful,” he said. D. Luiz Fernando Lisboa, the Portuguese secretariat of the Pontifical Foundation Aid to the Church in need (ACN).

The information that is sent to the Agency of the CHURCH, and the bishop of Pemba, said it had written to the Pope about the situation that they are living in the northern region of Mozambique, and the message of the pope during the ‘urbi et orbi’, on the two major news magazines in the country, Portuguese-speaking Cape Delgado has been in the spotlight this Sunday.

“[Os telejornais] I never spoke to the Cape Delgado, and they talked, and they put the words of the Pope. This is what I wanted. Thanks be to God, that they waited for almost more than a month ago [aconteceu] on a day that is so important to… the Easter blessing, Urbi et Orbi, that it has more weight to it still,” he said.

Pope Francis has recalled the terrorist attacks that were perpetrated against so many innocent people in many countries in Africa, and made special reference to the “human crisis” in the region of the Cabo Delgado province on Sunday, in the Basilica of St. Peter’s, where, this year, he delivered his easter message before the blessing, ‘Urbi et Orbi’.

D. Luiz Fernando Lisboa, and gave as an example is the attack carried out last week at a church in the town of Muidume, where it “broke open the door, and crashed out the window and it burned down a few seats in the church, and the two images of the ancient”, even from the most Sacred Heart of Jesus, which is the title of the Church.”

“This is the second mission of the diocese, who is going to do in 2024, its 100th anniversary. It is a mission that has a 96-year-old. It is a very large church, the old catholic diocese located”, he contextualized.

In this context, the bishop of Pemba, one observes that the attack on the churches, “however, you want to say something to you,” and “forces” and the other reads, because of these places of worship have been targeted by armed groups.

“This mission is of the Nangololo in the neighborhood were burnt, shops, stalls, etc. And the mission has not been to the house of your fathers, or your sisters, or on the radio. They went to church, and so it is symbolic,” he said.

The foundation of AIS, reminds us that organizations like Human rights Watch and Amnesty International has been drawing attention to the actions of an “islamic group armed, locally known as Al-Sunna wa Jama’, and Al-Shabab”.

“The attackers invade villages, set fire to the houses, and slaughtering the villagers with the tribe and stealing their food,” wrote Amnesty International in a report on human rights in Mozambique in 2019, ” published this year.

The Portuguese secretariat of the Pontifical Foundation Aid to the Church in need, “he adds it is difficult to keep track of the number of people who have lost their lives as a result of the armed attacks on the roman Catholic Church counts at least 500 dead and some 200-thousand displaced people”.

The Church, the Portuguese announced in its web page information on the situation in which we live and work in Cabo Delgado, referring to the fact that, among other things, of the support for internally displaced persons, which is, in cabo delgado, is to distribute 60 tons of food donated by the World Food Programme.

“Urbi et Orbi”: a Pope reinforces the call for global ceasefire and an immediate