In the editorial of the spring/summer, it’s called “The Romantics,” and she was photographed by Steven Meisel.

In 1868, Louisa May Alcott was “Little Women” is a book that has had many adaptations in the cinema, an opera and a musical for the Broadway. The film, which tells the story of four sisters during the American Civil War between 1861 and 1865, he made his debut in December 2019 at the latest, and has the faces of the main stars, Emma Watson and Meryl Streep.

The film’s highlight is, without a doubt, properly, it will draw a lot of inspiration from the Victorian Era (also known as a time where you were in the romantic style. The images that arise in women with maxi dresses, sleeveless, abaloadas and shoulders over the top, white t-shirts, frills, bows, laces, and the tones very neutral. All of this is that it is very much present in the film, directed by Greta Gerwig, is one of the major fashion trends for the season.

Further evidence of this is called “The Romantics”, the new collection of Zara, shot by Steven Meisel. The line is the spring/summer season posted on Friday, April 17, dozens of proposals, organza, velvet, sequins, and fabric, in colors of white, off-white, orange, or yellow in color.

The highlight of the kimonos, skirts with an overlay of a woven fabric, sweaters that are traced, and crop tops with embroidery designs. In the meantime, the parts are only going to be available online — all orders are free shipping.

The NiT has made a selection of 15 pieces that stood out the most. Click on the photo gallery to get to know them. 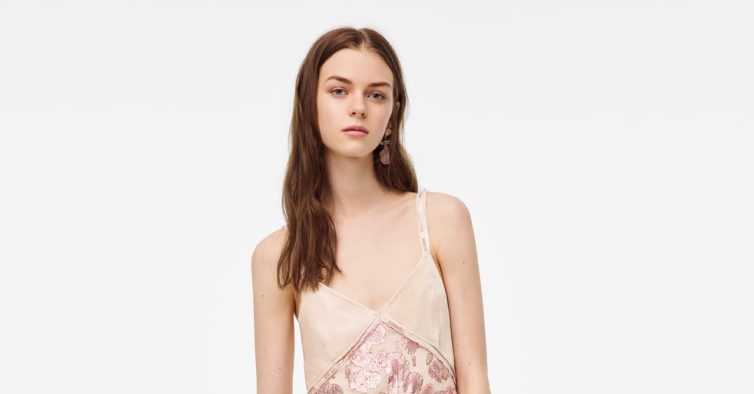