Selena Gomez has always tried to the fullest to be honest, in his songs and interviews, and this is a new phase in your life, it is clear that the singer is the most honest and transparent way than ever before. In an interview with the magazine, Dazed, the singer-and-actress was being interviewed by friends and fans on the topics of his new album “Rare”, social networks, etc. matter.

When asked for the account to Instagram, Sex-Like-Selena, what was the scary part in putting out an album after a four year break, the singer said:

“No one was going to like it, and my singing career would be over. I’ve actually thought about it. I have worked very, very hard on this album. It could have failed completely, and then it’s like, ‘well, where do I go now?’. I would have asked them, because I would doubt myself, and that’s where I would have finished it in a loop. I’m glad that you’re going to be fine. But I did everything I could to make it as personal and real as possible).”

It is true that with social media, and Selena came to say that he feels that people of his generation are being destroyed because of this:

“I’d be lying if I said that [as redes sociais] don’t cut a few people from my generation, and the identity of them. This is one of the major reasons as to why I gave my album of “Rare”, because there is so much pressure to look just like everybody else. It was scary to go back [para as redes sociais] in the first four days, I was like, ‘No, there’s no way I could do that’. What do I do now, is to only use it when I feel like I have to, and I only came out, I didn’t use my time to explore and not to look at anything beyond that.”

The interview in its entirety can be found on the website of the magazine. 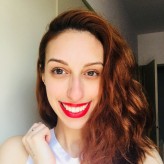