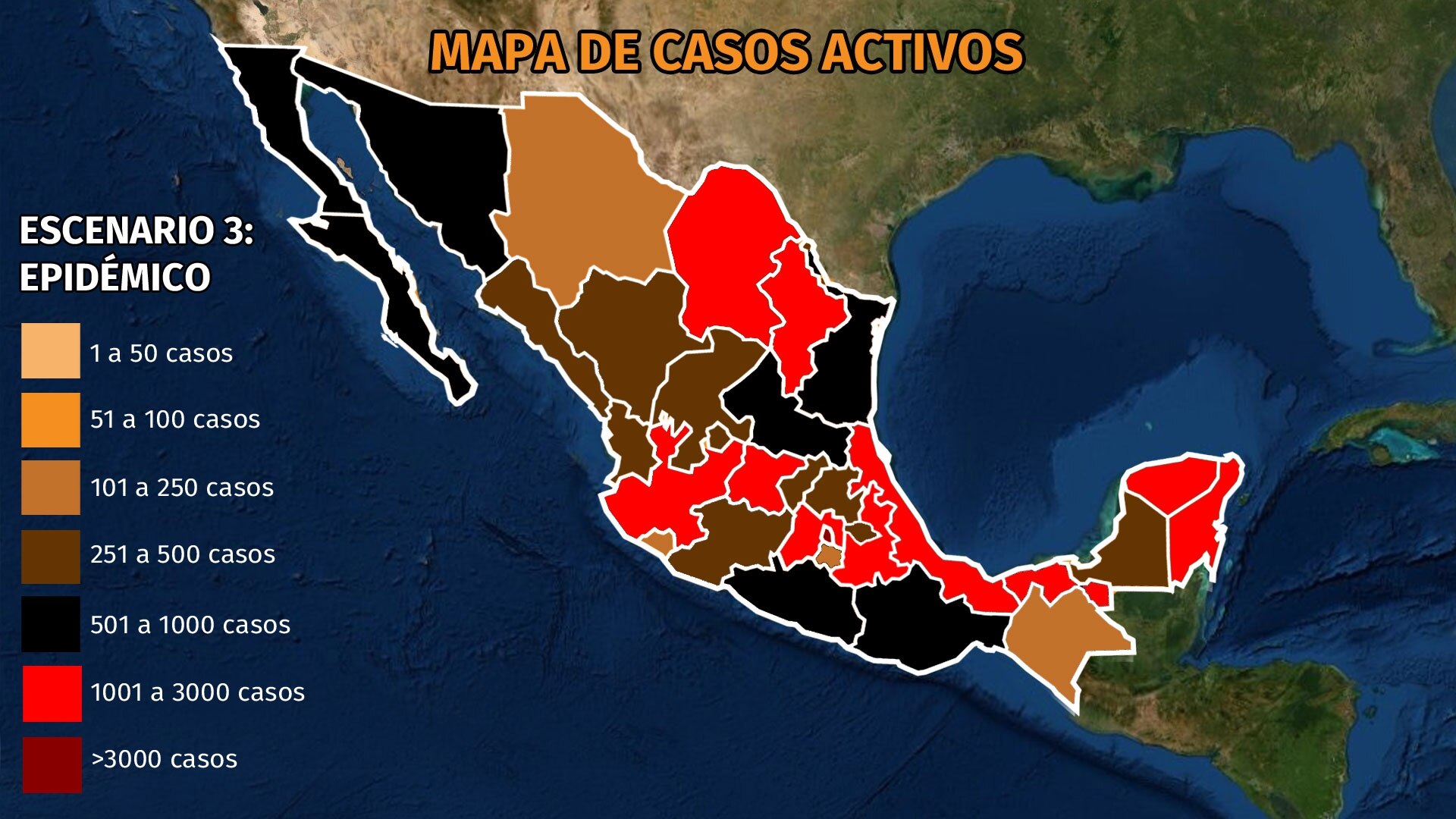 Four and a half months, which was discovered, was the first case of COVID-19 in Mexico, the Secretariat for health (SSa) reported that at the time, already added 35,006 deaths, 299,750 positive cases accumulated coronavirus and 29,839 active cases (that is to say, that the symptoms in the last 14 days).

In the last 24 hours, the country had a total of 4,482 new cases of the coronavirus and 276 deaths, an increase of 1.5% and 0.8%, or, to beat this time Italy and the the fourth place of the countries with the highest number of deaths the caused by the disease, the Johns Hopkins University. In spite of this, Mexico declined 45% of the deaths estimated from week 26 to 27.

In the case of the recovery curve, in the same period, to 13% of the patients in this group.

On this occasion, to identify the block of the States, the pattern of occurrence of the epidemic is concentrated in the region North-West: Baja California Sur, Nayarit and Sinaloa.

Baja California Sur has been a progressive increase in the transmission. It has the currently 29% of the total cases estimated. This is part of what is referred to in the mathematical projections; in the last week-confirmed cases and 52%, respectively, of the rest, 8%, and the mortality rate dropped to 79%.

Of the five municipalities that make up the Person of the tourism, Peace keeps on the rise their cases; it has, however, reduces significantly the mobility of the state, so that Hugo López-Gattel recognized the efforts of the Governor Carlos Mendoza Davis.

If you want to stay up to date on what is most important about the coronavirus please register here and we will send you the news instantly.

In Nayarit the way it is above, but a part of the first eruption was to be expected. The Week 26 to 27, the presented entity, an increase of 7% in the cases, 2,484 cases estimated.

In the capital city and Banderas Bay tourist area, the epidemic is on the rise. In Xalisco, recorded in older transmissions.

On the other hand, Sinaloa 11,167 cases were reported. Week 23 began the transmission of infections to drop, but the assistant secretary for health asks that are not familiar to you, because to fall at least a week, and the last, so that “You have to be cautious about the risk of spikes”.

This entity recorded from week 26 to 27, an increase of 1% in the suspicion. The majority of their municipalities, they have their infections, now are held down. “Sinaloa is a case of success, and the CDMX”.

In this sense, the deaths have had a reduction of 44% in its occurrence. The municipality has the highest incidence of cases in Sinaloa Guasave.

According to the data of SSa, at the national level, 55% of the places of stay in hospital are usually occupied and 45%. In bed with fans 61% available, and 39% have reached the limit of its capacity.

Currently, the company is with more saturation in hospital beds General Tabascoit has a capacity from 18% to 82% utilization.

It is worth noting that while it’s not the traffic light, the risk of epidemics, it remains in force, where 17 people are in orange with high-risk and 15 in red high alert.

MORE ON THESE TOPICS

“There are no doctors or nurses available”: BCS estimates breakdown to the hospital with an increase in the number of cases of COVID-19

With the hospitals full, Nayarit the worst COVID-19 fear: “We need to canvas improvise camp”

Posthumous Rap Albums and the Shattered Myth of Closure