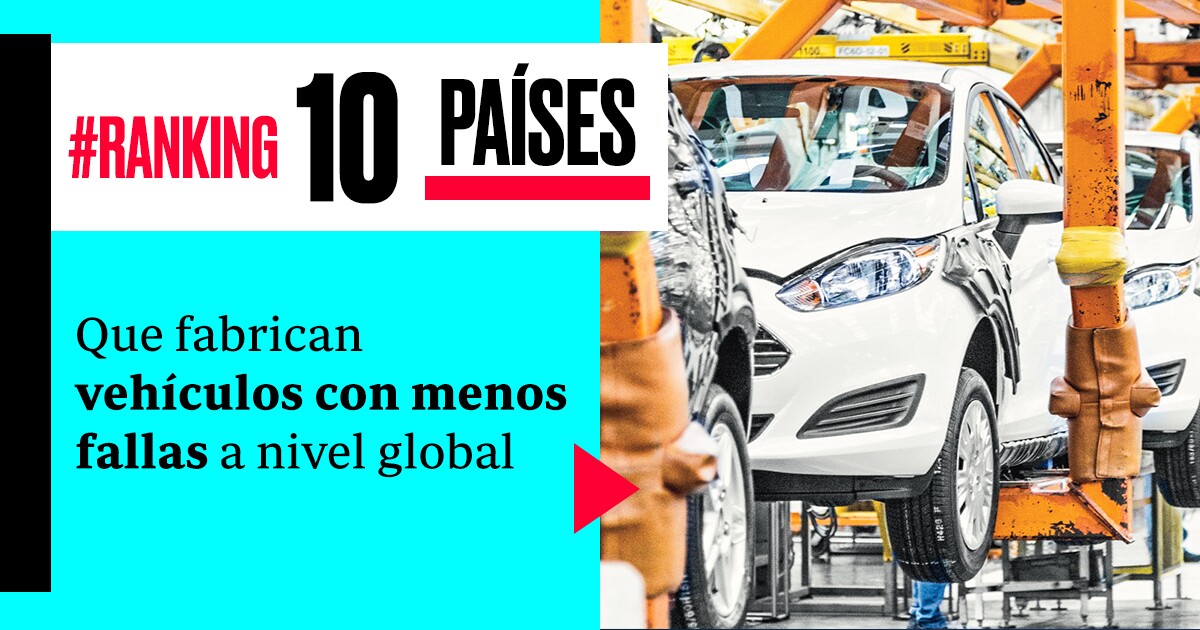 Between February and may, J. D. Power surveyed 87,258 Americans, a new vehicle bought in the last three months, and you asked whether your device was registered, an error or defect in nine categories, including engine and transmission, dashboard, seats, infotainment system, air conditioning, and ends in the body. Were analyzed in 189 models of 31 brands, is manufactured in 137 plants throughout the world.

The United States are exported, the main market for the models of the manufacturing mexican: 81% of the vehicles, during the first half of the year ended up in the homes for sale in the neighboring country, according to data from Inegi. And, for the first time, us consumers put to Mexico via the USA and Canada, in terms of quality.

“The country has always been brought to the United States and Canada benchmark and although I had always excelled in the close level of quality with these two countries, never. What’s the difference now? In the last few years, the plants have continued to invest in order to integrate new technologies into their processes and have begun many programs to train the staff. Today, the competitiveness of the Mexican labor force because she is just as qualified, or even more, than the other two countries in the region,” says in an interview, Gerardo Gómez, Director of the J. D. Power Mexico.

In the quality ranking by J. D. Power, Mexico occupies the ninth position on the global level, with an average of 36 errors, or defects per 100 vehicles. Canada is in the 13th position with 39 reported crashes, and the United States at 15: 41 problems per 100 vehicles.

Among the vehicles studied, the Jeep Compass and the Dodge Journey, manufactured in the plant of Toluca, state of Mexico, were the least failures were recorded, according to the perception of American consumers. Next on the list of models, Forte, Rio and Hyundai Accent, manufactured at the plant in Pesquería, Nuevo León, Kia, Fusion and Lincoln MKZ, which come from the plant in Hermosillo, Sonora, – Ford; and the SUV Equinox, Trax, and the terrain, which assembled in the factory in San Luis Potosi, General Motors.

At the lower end of the table, the models of the brand Mercedes-Benz, A-class sedan and GLB are mounted, the Daimler in Aguascalientes. American consumers reported 58 error in these models, for every 100 units.