Released in the last few hours the first official image of the long-awaited and talked about new project  Godzilla vs. Kong.

There is a lot of talk about it these days and it will probably continue as long as it arrives in the room, the fact is that  Godzilla vs. Kong attracts the attention of the general public.

Godzilla vs. Kong | A toy reveals the first image

After discovering the new look of one of his mythical creatures, here we are to discover the first official image of the expected project (visible later on the page) signed by Adam Wingard, in which Godzilla and King Kong will find bread for their teeth, colliding with each other . But where does this phantom image come from? Nothing less than from the back of a Playmates toy package , released a few days ago, where you can peek a minimum on what lies ahead. 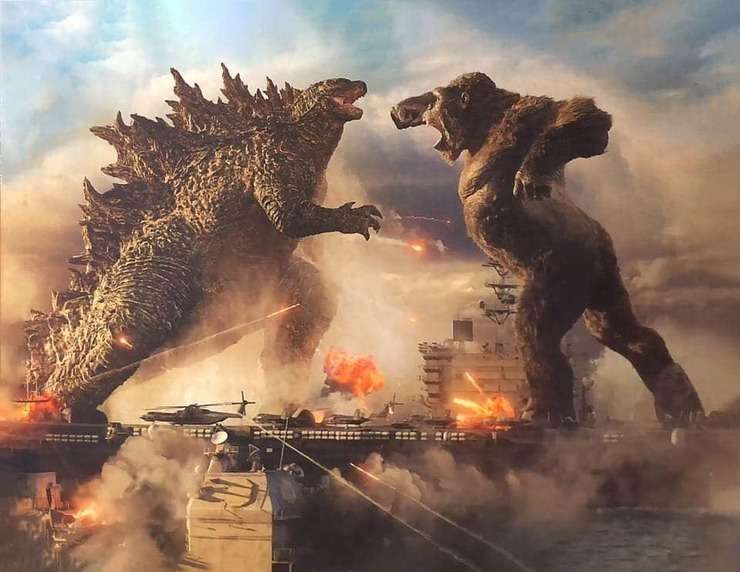 The film is expected to hit theaters next year. Originally, the release was scheduled for May 2020 and brought forward to March 2020. The health emergency obviously forced the matter to be postponed, first to November 2020, then to 21 May 2021 .

Godzilla vs. Kong | The cast of the film shot in Australia and Hawaii

In  Godzilla vs. Kong will take place in an unprecedented clash between two of the most famous iconic figures ever, on which the fate of all humanity depends. In the control room we find Adam Wingard (former director of  The guest with Dan Stevens), while the protagonists will be Alexander Skarsgard, Millie Bobby Brown, Rebecca Hall , Brian Tyree Henry, Shun Oguri, Eiza Gonzalez , Jessica Henwick, Julian Dennison, Kyle Chandler (also in the cast of the previous film about Godzilla) and Demian Bichir.

The film was shot between Hawaii and Australia and will be released in 2D, 3D and IMAX by Warner Bros. Pictures – in Japan by Toho Co., Ltd .

Joseph - July 30, 2020
0
The global network of high-performance super-systems (HPC) enlisted against COVID-19 can count on a consortium led by hi-tech companies, the distributed computing system of...

Soon in the USA the New Vaccine for COVID-19

Johnny Depp and Amber Heard, the Process Is Over: The Sentence...