The United States is ringing a series of serious pandemic records, with contagions accelerating in 39 out of 50 federal states, as reported by the constantly updated map of the National geographic.In recent days, the balance sheets have returned to record almost a thousand deaths a day, while on July 17 the daily infections (in mid-June to about 25 thousand) have tripled with almost 75 thousand new positives, according to data from the US Department of Health: a huge number, like the total of over 3.6 million cases and over 140,000 US deaths from Covid-19. In the country, the situation was not so serious since the beginning of the health emergency: in the spring, when it exceeded 43 thousand infections per day, the peak was largely lived by the State of New York, stationary and in quarantine for more than two months. But if for now the New Yorkers seem to have left the worst behind, for dozens of other States the critical moment begins now: a very dangerous crescendo, which simultaneously involves several territories (Florida, 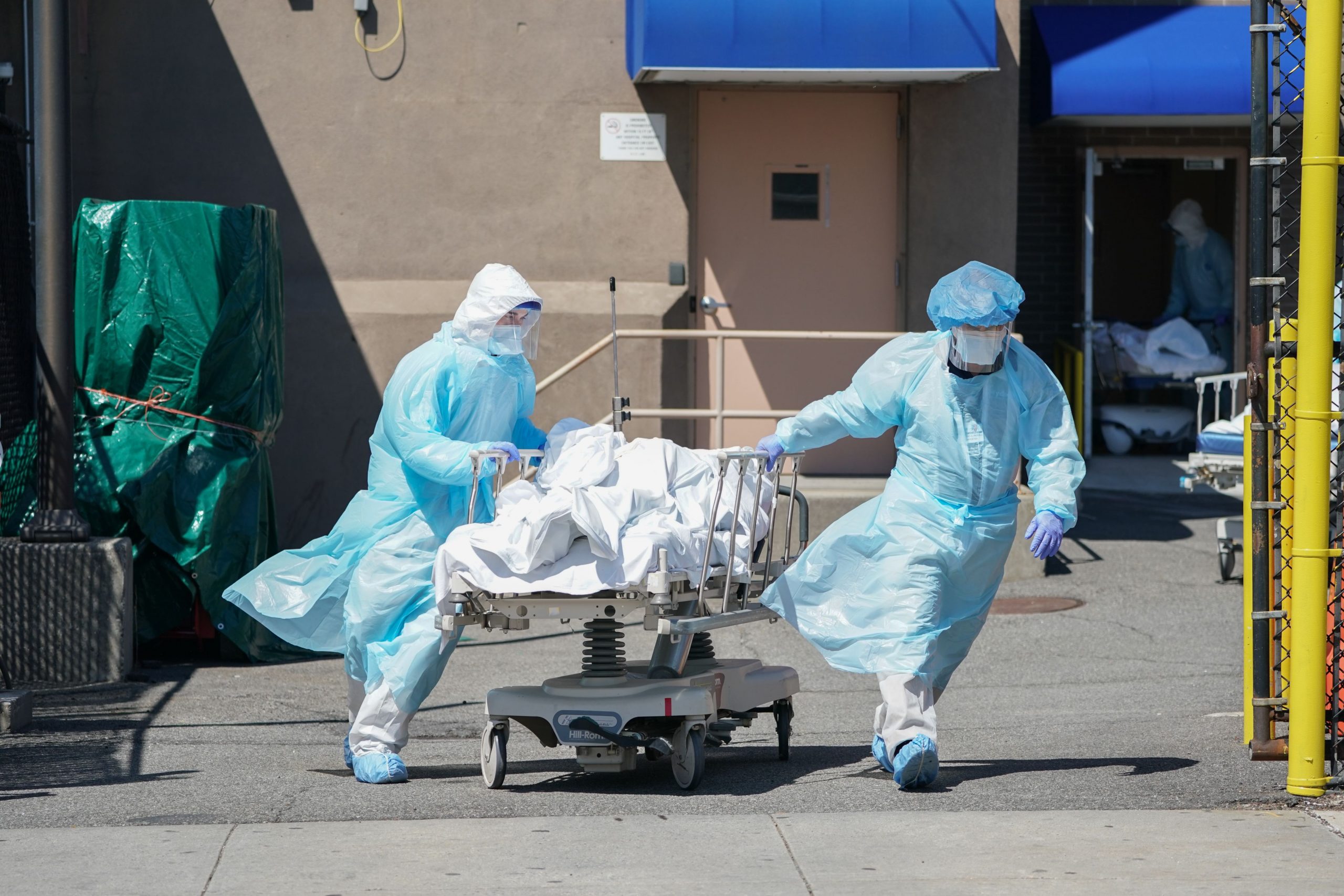 The trend of these weeks is the result of a series of wrong choices made or endorsed by the president since March, when he was slow to act. Already at the beginning of May 49 governors out of 50, both Republican and Democratic (i.e. all with the exception of the Democratic Governor of New York, Andrew Cuomo), then decided to restart too soon and badly – without homogeneous safety regulations and protocols – economic and commercial activities, after having closed or reduced them only for a few weeks. Immunologist Anthony Fauci, since 1984 director of the National Institute for Allergies and Infectious Diseases (NIAID) of the Department of Health and adviser to six presidents, was clear about the effects of these premature reopenings, recalling that “The curve of the epidemic in the US had not yet begun to subside, but it had just leveled off. ” At a Senate hearing in May, he had already warned governors of hasty moves that could lead to “multiple re-explosions” of “an epidemic that is no longer able to be controlled.” “Suffering and deaths that could be avoided,” stressed Fauci, “and that would also distance us from the path of economic recovery”.

Since spring, the head of the White House task force on Covid-19, considered among the world’s leading experts in infectious diseases and immune systems, has clashed with Trump, convinced that he must resume galloping activities and business at the first signs of regression of the contagions. Now Fauci says he has not seen Trump since May 18 and confirms that the performance of Covid-19 is “out of control”, and that in the United States “more than 100 thousand cases per day could be reached”: a situation so critical that in California, the premises and non-open-air cinemas have been closed, and 18 states are now declared “red zones”. The paradox is that Trump, in front of this picture, for propaganda purposes and to further favor the productive world, is pushing more than ever the accelerator on the theme of national re-starting, arguing that the deaths from Covid-19 are “downhill” and that with “fewer swabs, there would be fewer infections”. To the popularFox News the president has confirmed that he wants to “reopen all schools as soon as possible”, threatening to cut education funds to states like California that, for security reasons, will not adapt to his order, continuing to teach remotely.

In Texas hundreds of positive children in kindergartens are being discovered these days, 85 of them just babies. Yet despite the recommendations of the Fauci task force and the Department of Health’s Disease Control and Prevention Agencies (CDC) on the obligation to wear masks in closed places, a national safety protocol for schools has not been drawn up: Trump remains “against national prescriptions” on masks and intends to “leave some freedom to the people […] and the governors”. Just to not close everything, indulging the pressures of corporations and big finance against lockdowns,already in March, Trump preferred not to exercise full powers, as is legitimate for the president in case of wars or exceptional situations such as pandemics. Trump, however, left the task of safeguarding security to individual states, as required by the constitutional dictate. However, the president remembers the prerogative of “full powers” only when some governors or experts stop him from fully restarting given the negative trend of infections. Everything for him boils down to the defense of private interests and, in recent months, to regain consensus for the presidential elections of 3 November 2020. The latest polls show him a sharp drop to 37%, back by 15 percentage points (6 more than June, according to the latest Quinnipiac University survey) compared to Democratic challenger Joe Biden (52%). 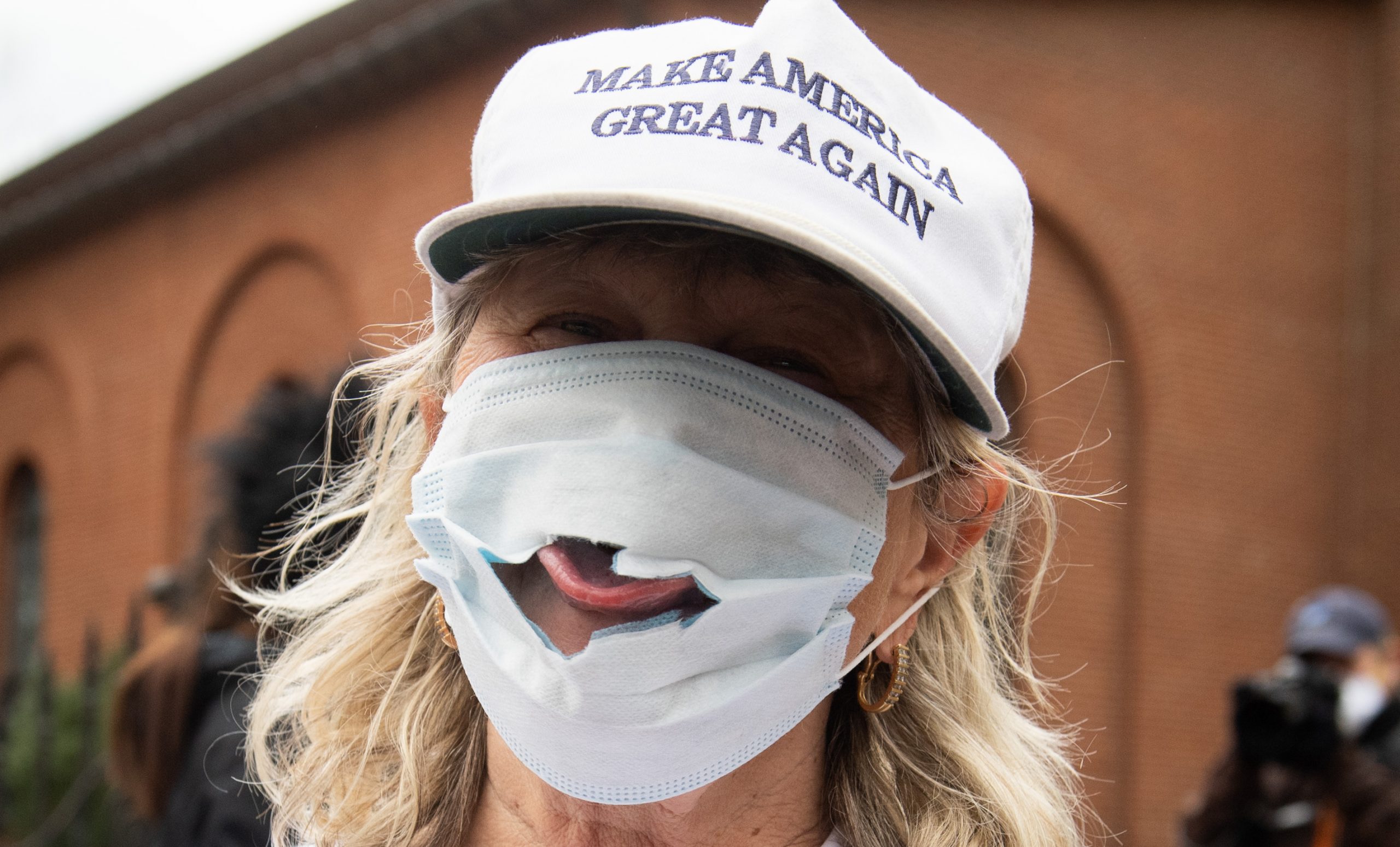 Faced with this urgency, Trump clings to the economic successes (+ 2.1% of GDP at the end of 2019) and the financial markets, stimulated by his administration before the pandemic. To the increasingly intolerant population, damaged by the lockdown, they offer the satisfaction of a trend for now less negative than expected on unemployment (at 13.3% last May) despite the serious crisis, precisely due to the anticipated reopening in the States and liquidity non-refundable injected in April with the aid of the Cares Act to companies and citizens through helicopter money: over two thousand billion to buffer the immediate repercussions of the crisis. The next step, now, is to push the full restart in the summer, with other stimuli for growth in the crucial months close to the vote. A fifth package of relaunch measures is being discussed in Congress and schools must reopen “completely” because Americans must return to work for Trump.

This would be a perfect incentive lever if the country were not in the midst of an out of control pandemic. The point is that Trump never solved the health emergency because he missed the times of closings and reopenings. In the meantime, the economic trend, beyond the hitherto contained loss of jobs, remains very uncertain and on the whole decreasing, both for the slowed productivity and for the inevitable drop in consumption in May and June. A case in point of his short-sighted, hasty and often harmful act is the distorted use of the Defense Production Act(Dpa), the federal law that since 1950 has allowed the White House to mobilize the private industry for wars or other exceptional emergencies, reconverting its production for essential goods that have become indispensable for the community, such as sanitary equipment. Trump invoked the DPA as early as March, however staking weeks in applying it to not affect the interests of large companies, with the result that the production of respirators and other life-saving tools was limited and ineffective. 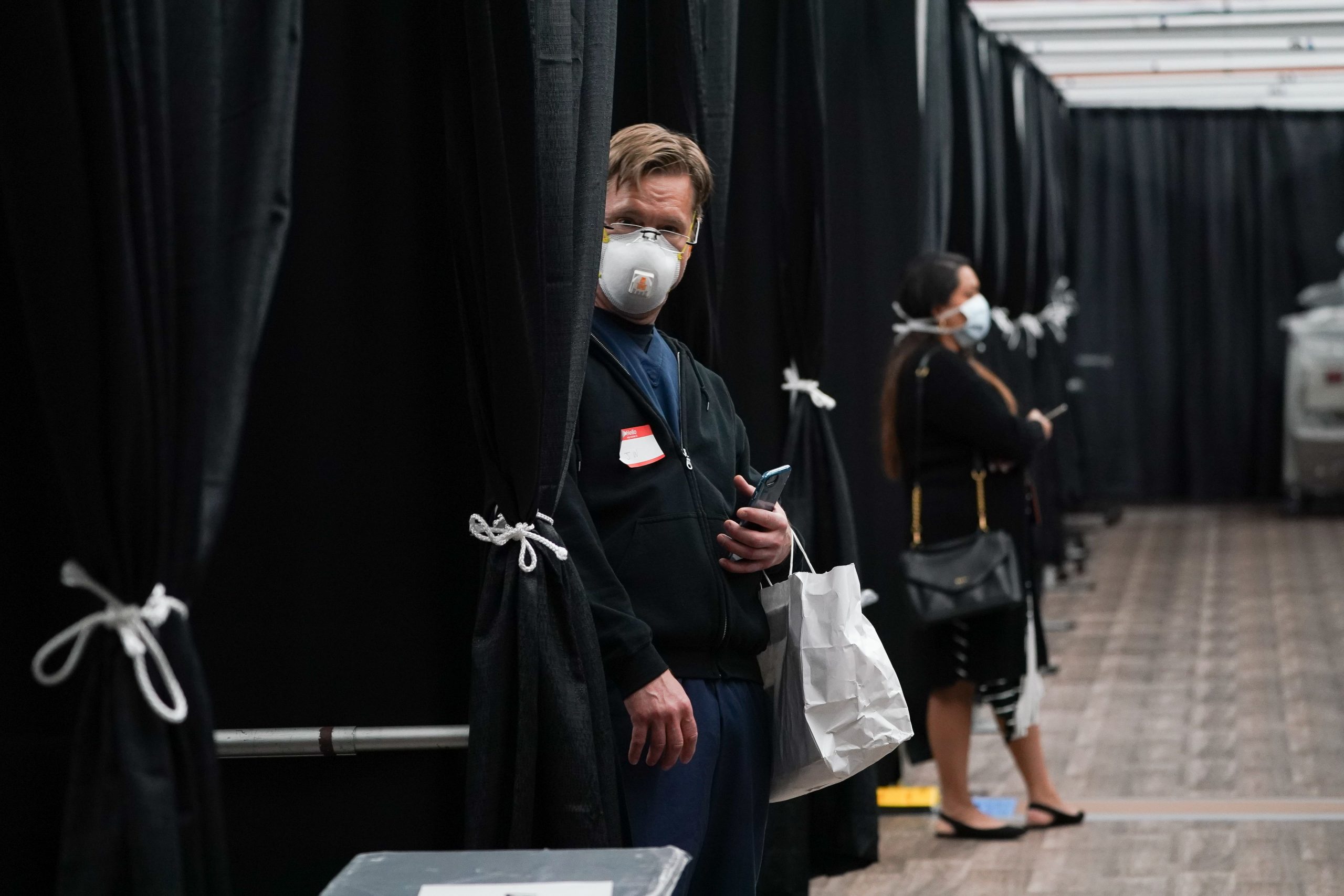 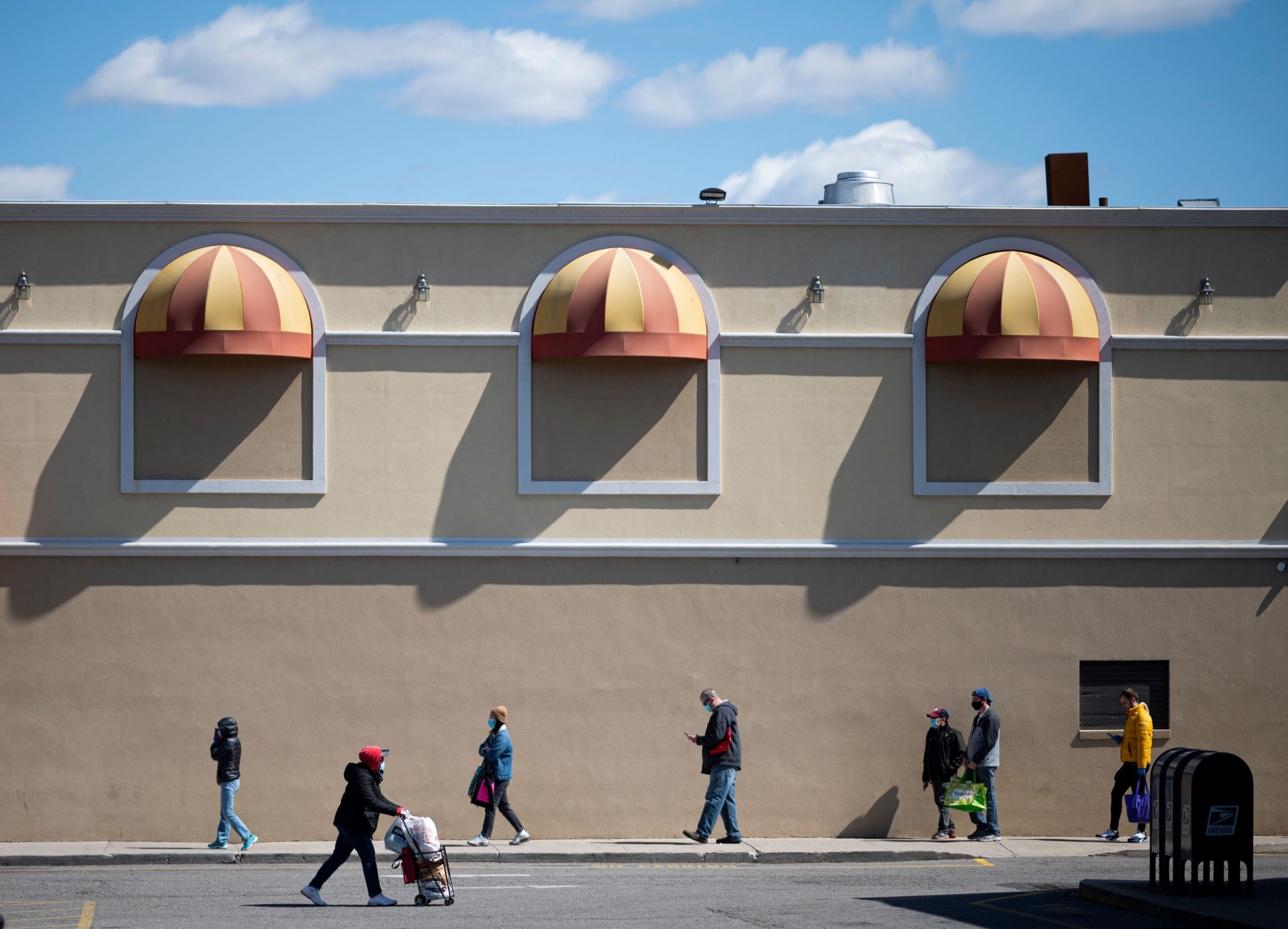 However, when the meat sector, in the hands of six multinationals in the United States, was blocked due to the large outbreaks of the virus that exploded in the slaughterhouses (in July over 33,500 positive workers in 363 plants, 133 of which died, according to the Midwest monitoring Center for Investigative Reporting ), the president did not hesitate to trigger the Defense Production Actto “not stop a crucial infrastructure,” he said – without, however, obliging it to secure workers, infected in chains in slaughterhouses precisely because of overcrowding. The meat processing plants remained open in poor hygiene conditions, amplifying the outbreaks. Trump justified this use of the Dpa for the benefit of private individuals – and against the public good – because in the meat supply chain “a bottleneck had been created” that damaged production. This is how Covid-19 probably conceives: an obstacle to its ambitions and to the business world it has always represented. 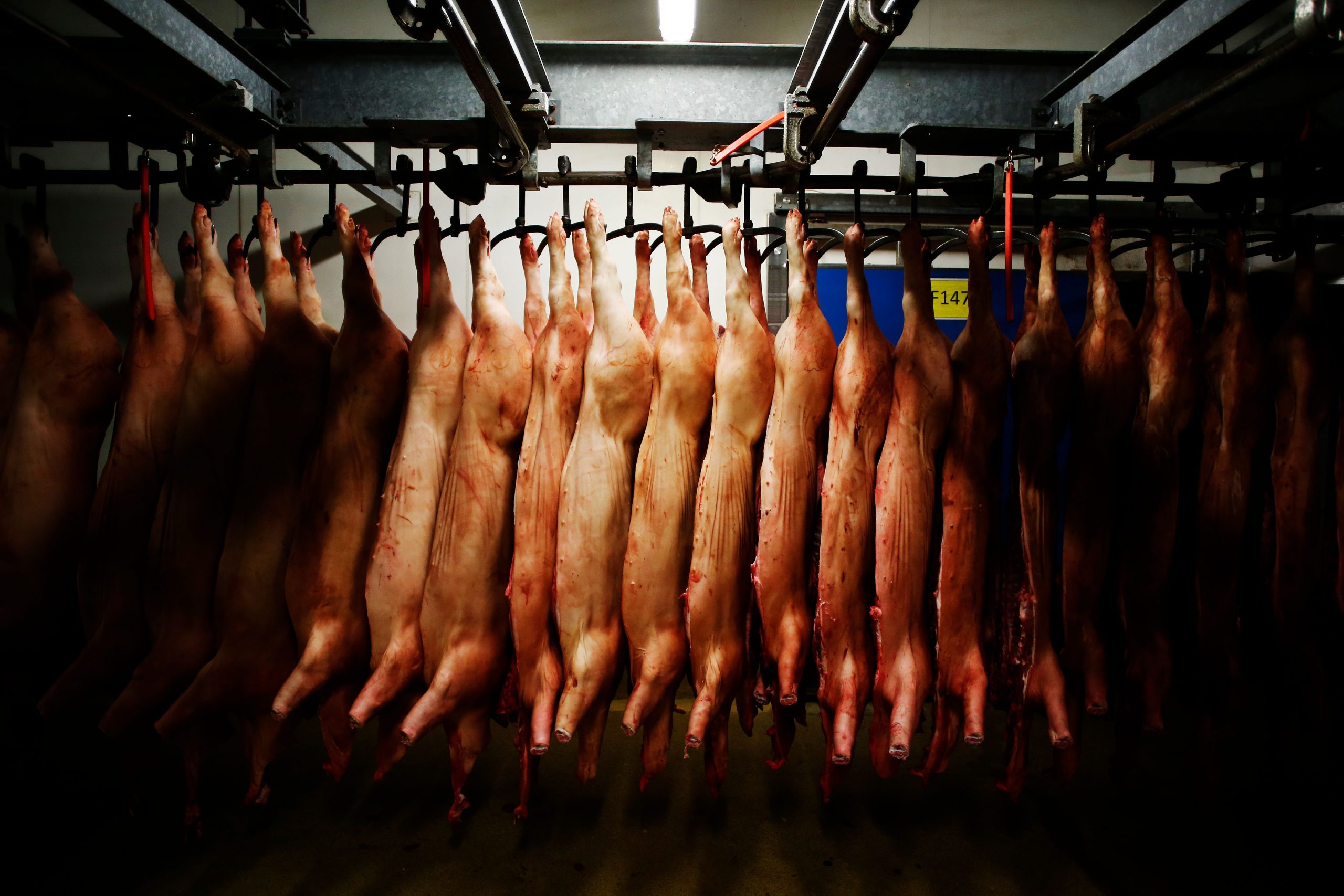 But passing the public the prospect of a strong short-term recovery, as Trump does by ridiculing and challenging scientists, is folly. Thinking about removing the pandemic as if the viruses disappeared on command will have the same multiplier effect on public health as we have seen in the slaughterhouses where Covid-19 was left free to proliferate: the second wave living in Asia, countries like Iran, Iraq and Israel for loosening restrictions too early is proving worse than the first. Schools and other workplaces will also become accelerators of contagion and for dozens of American States it would be the beginning of an unmanageable situation: already in these days in Florida the beds in intensive care are running out, while Texas and Arizona prepare trucks and coolers for corpses. If the governors do not rebel, Trump will drag them into a new Great Economic Depression with his reckless policies, with potentially devastating effects for both the United States and the rest of the world.