More than a trial of a newspaper, it is a circus. Where every day the protagonists challenge each other to the biggest shooter. The revelations about Johnny Depp and Amber Heard’s cursed marriage are now turning yellow. With the Aquaman actress who accuses the actor of throwing ex-girlfriend Kate Moss down the stairs .

Amber Heard, on the witness stand (because the trial is against the tabloid The Sun , although perhaps they all forgot), said she hit Johnny Depp with a punch in 2015. She was afraid he was going to push down the stairs his sister Whitney. Just like he did with supermodel Kate Moss in the 90s when they were engaged. 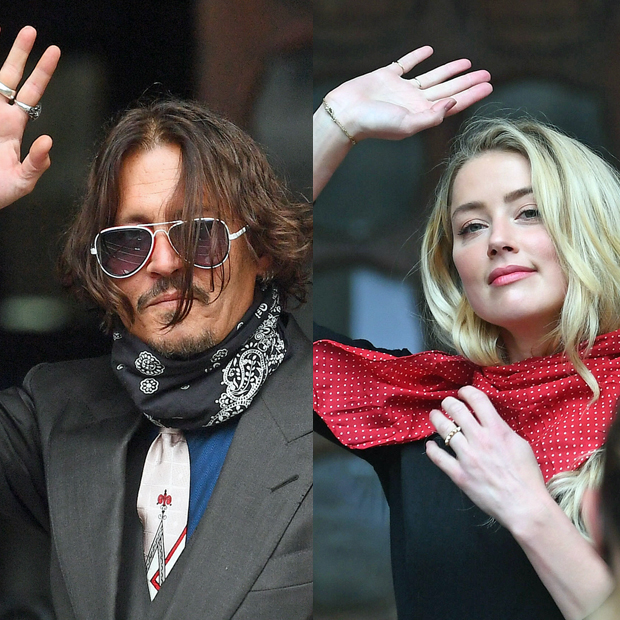 ” He pushed Kate Moss down the stairs, I heard it from two people and that was cool in my mind, ” said Amber, replying to one of the questions from Depp’s attorneys. « I reacted in defense of my sister. I’ve been Johnny’s punching bag for years, but I’ve never hit him for years. It was the first time in all these years that I responded to the beating . “

Johnny Depp’s attorneys immediately contested the claims. “ He added the details on Kate Moss. They are not contained in any document. He never mentioned that he thought of Kate Moss. She is inventing it as she proceeds with her story. Because this is the first time he mentions this fact ». 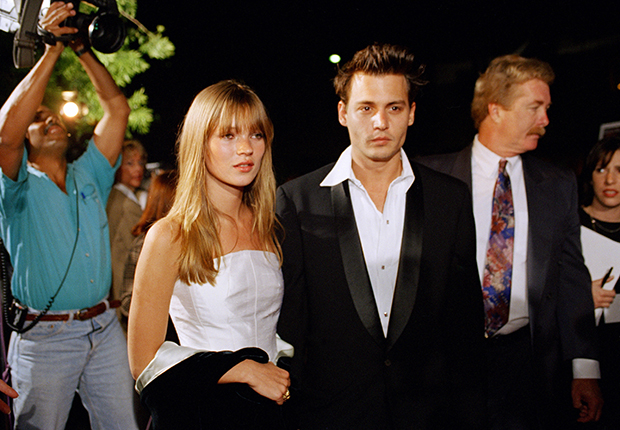 Johnny Depp and Kate Moss: the hit couple of the 90s

When Johnny Depp and Kate Moss met – she ran the year 1994 – she was a 20 year old model who was already driving the catwalks crazy. And he is a 31 year old actor with cult films behind him and still looking for why his story with Wynona Ryder was over . The first meeting was in a New York club, Caf Tabac: the role of Cupid was played by the fashion journalist George Wayne , friend of both (he tells it here). ” I knew from the first moment we spoke that we were going to be together, ” she will say.

4 years lived to the maximum. Facts of memorable quarrels. And passion difficult to contain. Even on the red carpet. It is said that they could not keep their hands away from each other. But this love so volatile could only be made up of very high highs and very low lows. From romantic gestures to the limit of kitch (he made her find the bathtub of their hotel room in London filled with champagne), to quarrels in public that attracted spectators. 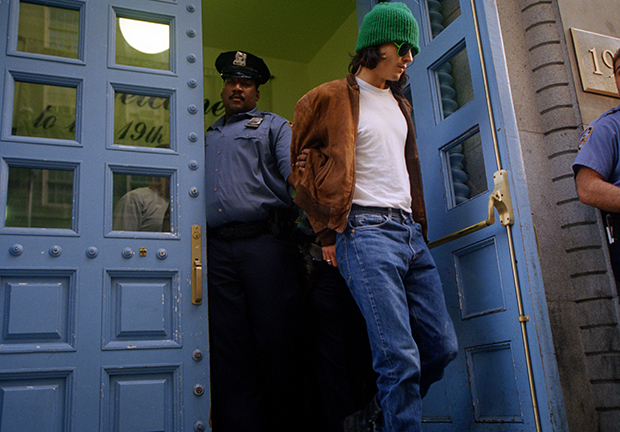 Johnny Depp and the hotel room

There are those who believe that Amber Heard’s story is likely. Because during the years of love with Kate Moss, Johnny Depp had made a certain reputation. Merit (or fault) of an accident in particular. It was 1994 when the actor was arrested by the New York Police for devastating the hotel room in which he was staying with his fiancée. The policemen found him in an evident state of alteration caused by alcohol. After paying $ 9767 and a 12 cent fine, $ 2,000 in damages and an account balance, Johnny was a free man. With the reputation of cursed star.

When they broke up in 1997, Kate Moss was a destroyed woman. He said he spent years crying for the man he loved madly. But that was not the right one. « Nobody has ever really been able to take care of me. Johnny did it for a while. I believed everything he said. I asked him, “What should I do?”, And he said it to me. And that’s what I missed the most when I left. I really lost the point of reference for someone I could trust . “