Around the world, the pandemic, which killed nearly 644,000 people, is breaking new records: more than five million new cases have been officially reported since 1 July, which equates to over a third of the total cases detected since the beginning of the pandemic. “No country is spared,” said the World Health Organization (WHO) on Saturday, adding that this increase is due to high transmission in areas with high population concentrations such as the American continent and South Asia. “The key to controlling transmission is finding, isolating, testing and treating cases and contacts,” recalls WHO.

According to a Reuters count , the rapidly growing number of positives makes Latin America the region most affected by the pandemic globally, with 26.83% of cases worldwide, with 4,327,160 total cases compared to 4,308,495 from the United States and Canada. The United States continues to be the single country with the highest number of infections and deaths, with over 4.2 million cases and about 146 thousand deaths, followed by Brazil with 2.4 million cases and almost 87,000 deaths.

North Korean leader Kim Jong-un declared the “maximum alert” for coronavirus after the discovery of the first official “suspect case” in the country. Kim chaired an emergency meeting of the Communist Party’s political office, in which it was decided to activate “a maximum alert system” to contain Covid 19, as announced by the official news agency KCNA . The case concerns a person who fled North Korea three years ago and returned on July 19, “after illegally crossing the dividing line” with South Korea through the Demilitarized Zone (DMZ). The border town of Kaesong has been locked .

“It appears that the virus has entered the country,” said Kim Jong-Un. The man suspected of having contracted the virus was quarantined and all the people who came in contact with him were isolated and a “thorough investigation” was launched.

The World Health Organization says so. Over 1 million new cases of coronavirus have been reported in each of the past five weeks, with peaks of 280,000 yesterday and today. This is the alarm issued by the WHO in a statement explaining that “the increase is caused by the contagion in large and populous countries, such as in the Americas and South East Asia, even if no country is immune”.

South Korea reported a spike in cases on Saturday, recording its highest toll in nearly four months with 113 new cases, including 86 people arriving from abroad. Without imposing containment but with a very thorough strategy to test and trace the contacts of infected people, the South Korean authorities had still managed to control the situation. Vietnam announced on Saturday that it had detected its first locally transmitted coronavirus case in nearly 100 days.

Over a thousand deaths in the United States in 24 hours

READ MORE:  Taylor Swift cancels participation in the festival is concerned with the coronavirus

Spanish health officials have warned that the country may already be experiencing a “second wave” of coronaviruses, as France, Germany and Belgium have reported sharp increases in their number of cases. Countries across Europe have reminded people of the need for vigilance as the summer season continues. On Friday, France advised citizens not to travel to the Spanish region of Catalonia , while Norway didHe said he wanted to reset a 10-day quarantine requirement for people arriving from Spain. The Spanish Ministry of Health is monitoring more than 280 active outbreaks across the country. Friday recorded 922 new Covid cases, slightly down from 971 over the previous 24 hours.

Spain, vice-president of the council: “Trips to Catalonia are safe” 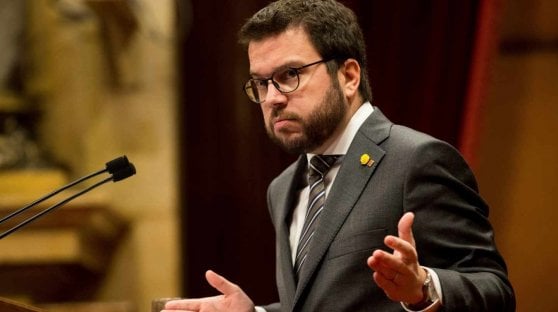 Thus the Vice-President of the Spanish Council, Pere Aragonès, responds, on behalf of the government, to the measures taken by other European countries in the face of the new peak of Covid cases in Spain, in particular in Catalonia. “Covid is affecting all countries, and inevitably Catalonia too,” said Aragonès, assuring that all “the planned security measures” are followed

María José Sierra , deputy director of the Spanish center for health emergencies, said that, while the curve has been flattened, a “community transmission” is observed in the north-eastern areas. “It may already be a second wave, but it’s not the most important thing,” he said, “The important thing is to continue following what’s going on, see what measures are needed and take them in advance.” Almost 8 thousand cases have been recorded in Catalonia in the last 14 days, almost half of the 16,410 cases found throughout Spain.

The circulation of the virus increases in France and Germany

In France, the circulation of the virus is “growing rapidly,” according to health authorities. The government has now made tests mandatory for travelers from 16 countries, including the United States and Algeria. “Above all, what must be avoided is general reconfiguration”, a measure that would be “catastrophic” at an economic and social level, said Prime Minister Jean Castex. Other European countries or regions have tightened controls on travelers and made the use of protective masks, such as England, general. In Latin America, cancellations for parties and sporting events are on the rise.

In Germany, the Robert Koch Institute (RKI) reported 815 new cases on Friday, compared to 583 a week ago and 395 the previous week. Excluding recent outbreaks in meat processing plants, the increase has been the largest since mid-May. Over 40% of current cases are located in the western state of North Rhine-Westphalia, but other states also show above average increases. Jonas Schmidt-Chanasitof the Bernhard-Nocht Institute for Tropical Medicine in Hamburg said that the figures indicate an increase in the population rather than in specific places, such as in meat processing plants. If so, the virus will be more difficult to contain: “We have to see if this has to do with large gatherings, which are now allowed, the reopening of kindergartens and schools, or has to do with people returning from their holidays “.

In Peru, the threshold of 18 thousand victims has been exceeded

Peru has now crossed the threshold of 18,000 coronavirus victims . According to the figures provided by the Ministry of Health of Lima, the hospitalized patients affected by Covid-19 broke a new record, just in the same week in which the restaurants reopened its doors, as part of the gradual process of easing the restrictions decided from the government. In the past 24 hours, there have been 187 deaths to reach a total of 18,030 victims. The overall infection budget touches 379,884 cases, with 3923 new infections in a single day. According to the government report, people hospitalized with coronavirusare now 13,043, 127 more than the day before: a number that has steadily increased since the doverno eliminated the mandatory quarantine in 18 out of 25 regions of the country. The progressive reopening aims to restart a collapsed economy, which marked a 17% contraction in the first five months of the year.

READ MORE:  At Comic-Con in San Diego is cancelled for the first time, due to the outbreak of the coronavirus - 17/04/2020

What Miley Cyrus and Liam Hemsworth’s Relationship Is Like One Year...