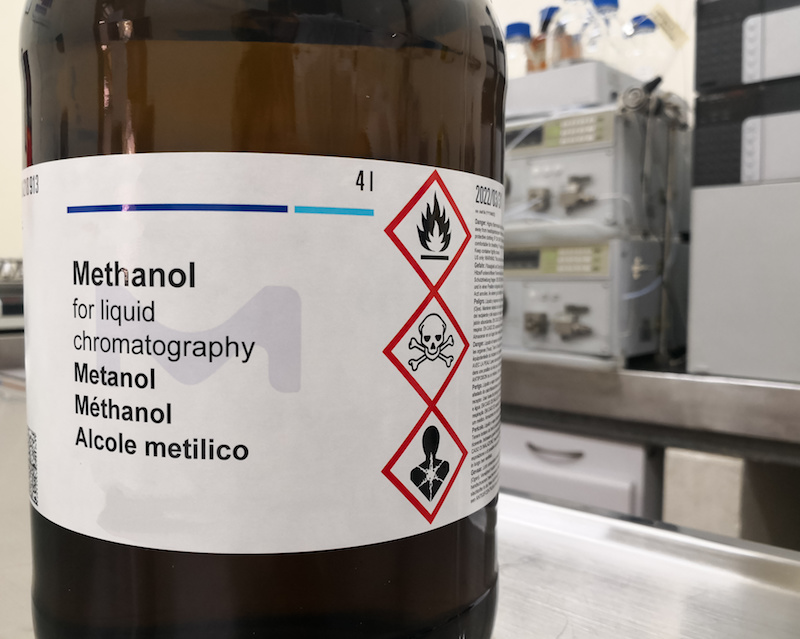 Last April , in the height of the Coronavirus emergency, in Iran about 5,000 people were poisoned with methanol alcohol, another 90 suffered eye damage or lost their vision and more than 700 died. The covid outbreak that hit the Middle Eastern country was one of the most serious on the planet, also because reliable and official information was not promptly provided at the beginning of the epidemic. For this reason many people, looking for a cure or even a prophylaxis, have taken for good the false anti-covid remedies that circulated on social networks. Spices, traditional medicines, herbal or animal products appeared on the list, also opium methyl alcohol known as methanol.

Methanol is a derivative of ethanol which is obtained by distillation and is commonly used as a solvent and reagent in industrial chemical processes as well as being a “by-product” in the production of alcoholic beverages. It is a particularly dangerous substance for humans and can be absorbed through the skin, the respiratory tract and the intestine, producing serious intoxications. The most frequent symptoms are visual disturbances, chest pain, nausea, hyperventilation, blindness, formaldehyde odor in the breath, bradycardia, coma, convulsions, acidosis.

Unfortunately in Iran many people believed that drinking methanol would help not to get sick and fight the symptoms of Covid-19 and, although in the Islamic Republic it is forbidden to consume, hold and sell any type of alcoholic drink, the smuggling of methyl alcohol, often also produced at home.

Something similar happened in the United States which, after the live broadcast during which Trump suggested to inject bleach into the internal organs of patients to eradicate the virus, saw calls to emergency numbers multiply for the ingestion of disinfectant.

Fear (and wicked advice) has prompted many people to drink disinfectants which, in addition to having no use in fighting covid, has proved doubly dangerous due to various methanol contaminations. The FDA (Food and Drug Administration) has identified 75 hand disinfectant gels, which contain ethanol (also known as ethyl alcohol) but which have been found to be contaminated with methanol. Investigations are still ongoing but in the meantime the American agency is warning consumers and healthcare professionals to pay particular attention to these products. To limit the damage, a list was also drawn up with an invitation not to use them.

The FDA remembers washing your hands often with soap and water for at least 20 seconds, especially after going to the bathroom, before eating and after coughing, sneezing or blowing your nose. If soap and water are not available then it is recommended to use an alcohol based hand sanitizer that contains at least 60 percent ethanol (also known as ethyl alcohol).