Dance with the Stars: Bilal Hassani reassures her boyfriend, “it’s only dance”

Candidate for the new season of Dance with the Stars which will begin on September 17, singer Bilal Hassani – first candidate of the French version of the competition to dance with a partner of the same sex – reassured his companion about the relationship he will maintain with his partner on the floor.

If indeed, some candidates have indeed fallen in love with their dance partner, like Alizée and Grégoire Lyonnet, the representative of Eurovision 2019 intends to make the difference, and warned her boyfriend not to worry about it.

“I briefed my boyfriend a little earlier. I told him, ‘Don’t worry! Everything will be alright. It’s only dance ”, he told Télé-Loisirs, before explaining how the exercise forces the candidates to a certain physical proximity with their dancer.

“You have to let go, it’s performance. It is true that we have to trust each other. We are carried, we really have to have blind trust in the person with whom we are. We go from strangers to people who must know their bodies by heart, touch them, be very close, both physically and psychologically. It takes a little time to adapt but I think it went well straight away, ”he analyzed, assuring, however, that his companion Cassem, with whom he formalized his relationship last April, did not had nothing to worry about.

Described as “cartoonish gay” by TPMP columnist Matthieu Delormeau, who also said he feared that the singer’s participation would provoke homophobic reactions, Bilal Hassani also assures us that he will ignore criticism on this subject. 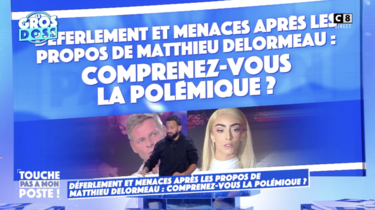 “I’m happy that in 2021, we can show that to an audience that we underestimate a little too much. We expect too much violent reactions but I think we have to trust the French public and this show. I’m sure they’ll be able to see something very beautiful, and that there won’t be that much hate. In any case, we will ignore it completely, ”he told the Dauphiné.

“I think of the little boys who are like me and who will be able to watch the program with their parents and say to themselves ‘Ok, I’m not weird’, he was moved in an interview for Télé-Loisirs, affirming that it what was ultimately “most important”.

Who will take the Dance With The Stars trophy?

RDV from Friday September 17 on @ TF1 and @ MYTF1 for the new season of Dancing With The Stars pic.twitter.com/fvoc4stMhw

Previous articleGet Windows 10 for 7 euros, and upgrade to Windows 11 for free!
Next articleShe reunites with her mother 14 years after being abducted from her home