A Mozart sonata against epilepsy? Why researchers believe it 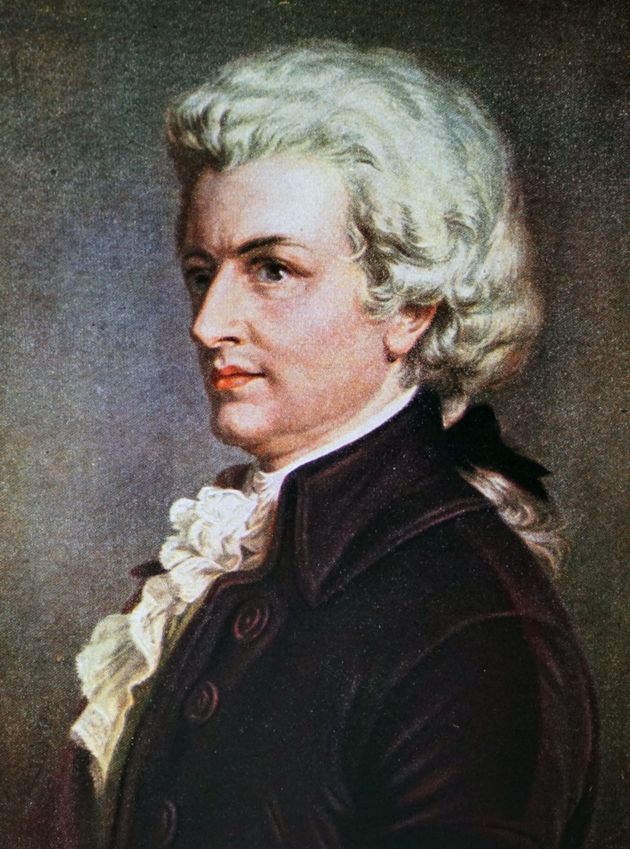 Portrait of Wolfgang Amadeus Mozart (1756-1791), an Austrian composer of the classical era, at his piano. Dated 18th century.

HEALTH – Can music help reduce seizures? The track is not new, it has been traveling the scientific world for more than twenty years, especially with regard to a piece by Mozart: the sonata K448 for two pianos in D major. A study published in NatureSeptember 16 seems to bring new elements that validate this theory.

“The dream outcome would be to come up with a type of anti-epileptic music and use it to improve the lives of these patients,” Robert Quon, from the department of neurology at Dartmouth University, told AFP. College, which co-authored the study in question.

Several studies have already highlighted the supposed virtues of the sonata for epileptics, by measuring the electrical activity of their brain.

By playing the sonata to 16 patients equipped with implants inside the skull, American scientists believe they have identified the regions of the brain on which this music acts. According to them, these regions are the ones that are linked to emotional responses.

They show that listening to this sonata for at least 30 seconds seems to be associated with a reduction in a cerebral electrical phenomenon characteristic of epilepsy in these patients on whom the drugs do not work. An effect particularly accentuated during certain passages of the sonata, the moments of transition between musical phrases of more than ten seconds.

The piece is built on a succession of “melodic themes which contrast with each other, and each of which is based on its own harmony”, notes the study. It is this structure that could explain its effect on the brain.

“The classical sonata form” could solicit “emotional circuits” by “first setting up musical expectations and then countering those expectations, which would create a positive emotional response,” according to Robert Quon. 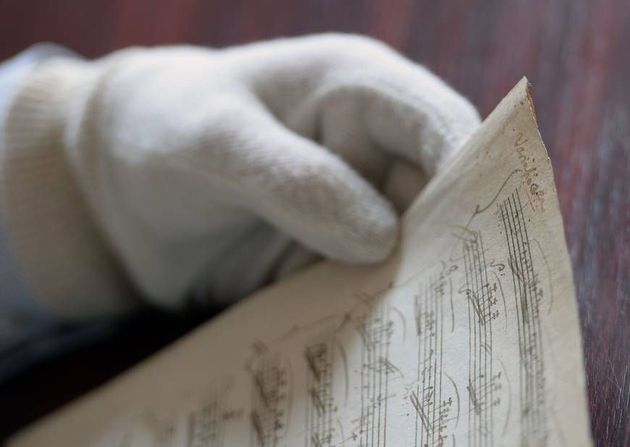 Balazs Mikusi, director of the Széchenyi National Library in Budapest, holds a recently discovered manuscript of one of Mozart’s most famous works. Photo by AFP-JIJI.

The 16 patients in the study were all hospitalized with drug-resistant epilepsy. They were implanted with probes in the skull, directly in contact with the brain, in order to perform electroencephalograms to monitor seizures.

Robert Quon and his colleagues are interested in a very specific phenomenon: “interictal epileptiform discharges”. “Previous research has shown that they are biomarkers of epilepsy and are associated with a higher frequency of seizures,” according to Robert Quon.

These “biomarkers” are used as indicators to follow the evolution of epilepsy. Thus, the researchers observed a reduction in epileptiform interictal discharges by listening to at least 30 seconds of the sonata.

Robert Quon now hopes to be able to identify precisely which musical components of the sonata have therapeutic benefits, in the hope of “reproducing the Mozart effect” with other pieces.

Epilepsy is one of the most common neurological conditions: the WHO estimates that around 50 million people have it worldwide. It is characterized by recurrent seizures, which manifest as brief episodes of involuntary tremors.

“Mozart effect” and epilepsy, a series of studies

As said before, this study about the virtues of Mozart’s sonata is not a first. A 2020 Canadian study already suggested that it could help patients with epilepsy reduce the frequency of their seizures.

The sample included around ten people with epilepsy followed throughout a year. The group was split into two. The first listened to Mozart’s sonata once a day during the first three months, while the other was subjected to another version with a scrambled key for the same duration.

The roles were then switched, and the patients indicated throughout the experiment on the frequency of their seizures. The results showed that daily listening to the original Mozart piece was linked to a decrease in the frequency of seizures in patients with epilepsy. If the experiment certainly extends over a long period of time, here again the results come up against a small sample.

Dr. Yoko Nagai, neuroscientist and expert in behavioral therapy for epilepsy, also explored the effects of K448 in the frequency reduction of epileptic seizures. She had also learned to play the sonata and raised funds for the charity Epilepsy Action during a summer concert organized in 2017.

The neuromyth of the “Mozart effect”

Healing through music is nothing new. It was even a common practice in antiquity, when many physicians were musicians. Relieving pathologies through music was then ousted by science, before it became interested in it, in particular for its short-term effects on the brain.

This is how in 1993 the “Mozart effect” was born. That year, American researchers published a study in the scientific journal Nature, in which they claim that listening to classical music would increase IQ.

The experiment applied to a little over thirty participants and was divided into two phases. First, the volunteers were divided into three distinct groups. The first group spent 10 minutes in silence, while the second performed relaxation exercises, and the last group spent the 10 minutes listening to Mozart’s sonata for two pianos in D major.

Next, participants had to solve a series of standard spatial solving tasks, used in the IQ assessment. The results are clear, those who listened to Mozart during the preparation phase had better test performance and IQ scores increased by almost 8 to 9 points.

But after this surprising assessment, the question of methodology quickly arose. First of all, the small sample of participants was deemed insufficient to have a real representativeness of reality. Then comes the problem of the reproducibility of the experiment. Imitated dozens of times by other researchers, none has actually managed to find the same result.

Limits also encountered by this new American study, which in addition to not revealing a change in the brain activity of patients, also sorely lacking a true representative sample. Robert Quon for his part said he wanted to “dig into this theory”.

See also on The HuffPost: Affected by Alzheimer’s, this former ballerina has not forgotten the dance of “Swan Lake”

Previous articleWithout Brexit, could the UK have negotiated the New Security Pact with the US and Australia?
Next article30 € offered for 200 € of purchase at FNAC and Darty

Covid: hospitalizations are on the rise again in France