a serious competitor to Orbi kits

A long-standing competitor of Netgear in the market for consumer routers and access points, Asus also offers Mesh kits compatible with the Wi-Fi 6 standard. And the ZenWiFi XD6 kit can be seen as a serious rival to Orbi’s RBK352, the subsidiary of Netgear. 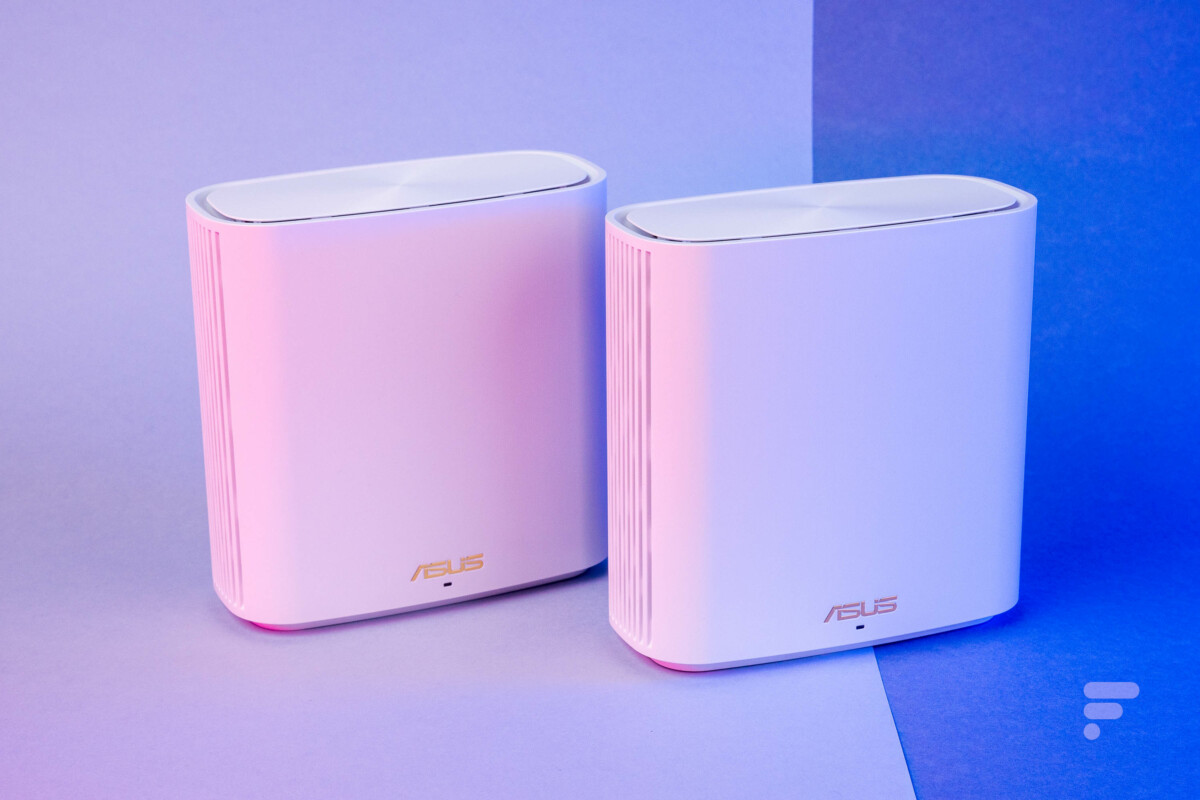 The kit Asus ZenWiFi XD6 consists of two identical boxes capable of creating a wifi 6 mesh network. Like the Orbi RBK352 kit, the Asus solution offers many features and benefits from a mobile application that is easy to use.

Proposed at recommended price of 399 euros, Asus’ solution is logically more expensive than the RBK352 kit because of its superior performance. Indeed, we are talking here about a kit capable of offering a cumulative speed of 5400 Mb / s (in theory). In practice, the XD6 kit is positioned rather between the RBK352 and the RBK852 from Netgear.

The boxes that make up the kit are here completely made of white plastic. They are nevertheless rather compact and will easily find their place on a piece of furniture for example. We therefore have here a proposal identical to the Orbi kit tested previously. 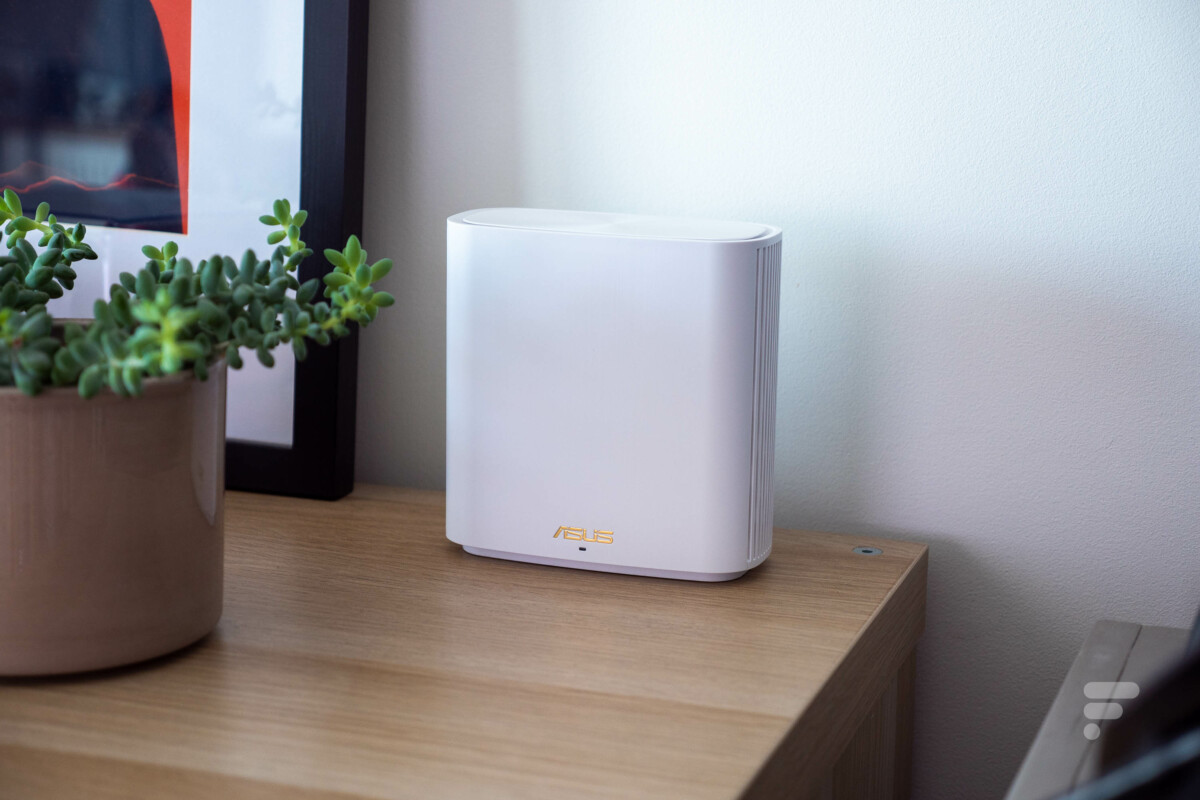 Unlike Netgear, the two ZenWiFi XD6 boxes are strictly identical. Thus, the two devices can take the role of router or satellite and can be used on two separate networks (if that is of any interest to you).

On the boxes, a small indicator LED is present on the front and allows you to know the status of the device. This is powerful enough to be visible without flooding the room with light like Netgear’s Orbi kits can. 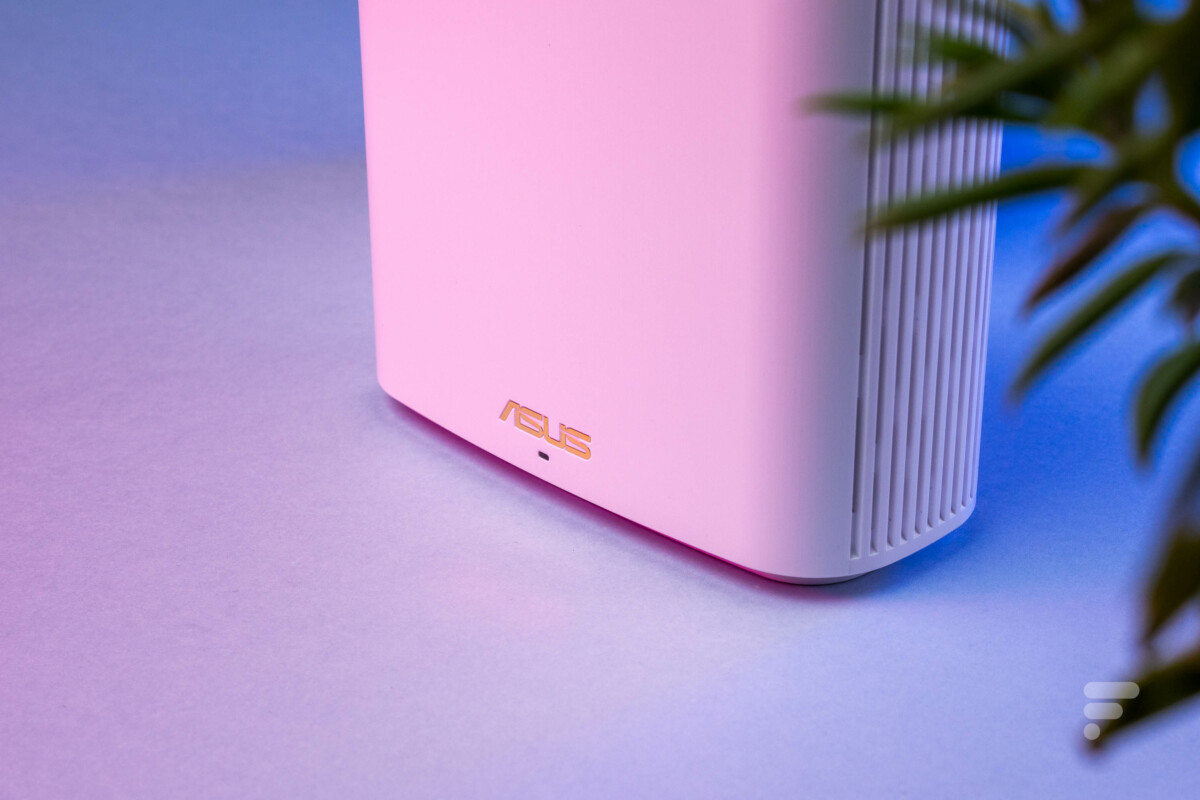 All the connections are present at the back. This is satisfied with the bare minimum with first of all a very classic power connector. The latter is accompanied by 4 RJ45 ports that operate at gigabit one of which will be dedicated to the WAN connection (to your box or your internet router).

Note that the two boxes are accompanied by their rather compact power adapters and with a cable of reasonable length. A single RJ45 cable is, however, supplied to connect the “router” box to your box. Communication between the two boxes (backhaul) can optionally be carried out via a Wi-Fi link or via an Ethernet link. 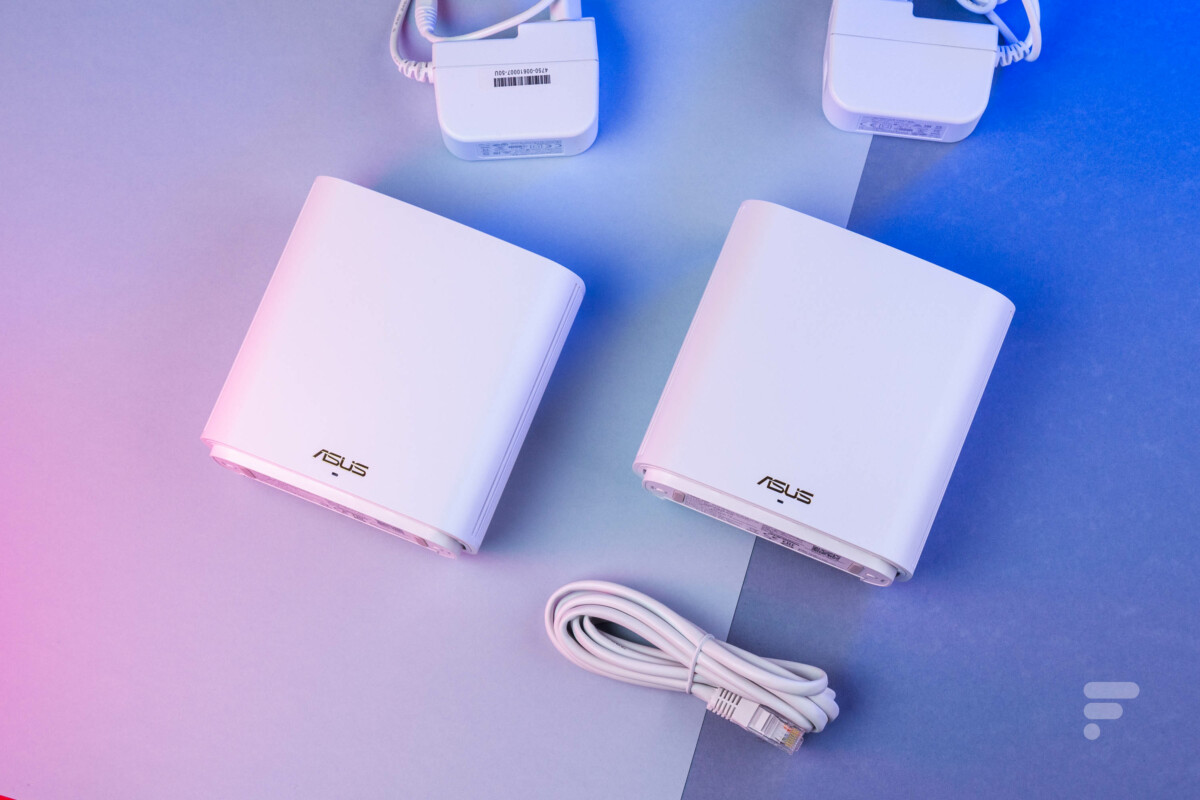 In terms of construction and design, there is therefore no real surprise since Asus has chosen simplicity by offering simplistic and discreet enclosures. They will easily find their place in everyone’s interiors and offer a certain freedom through their connections.

Like all manufacturers, Asus tries to focus on ease of use and start-up so that users, even novices, can take advantage of the ZenWiFi solution. For the first configuration, you will have to start by downloading the Asus Router application, which is available on iOS and Android. 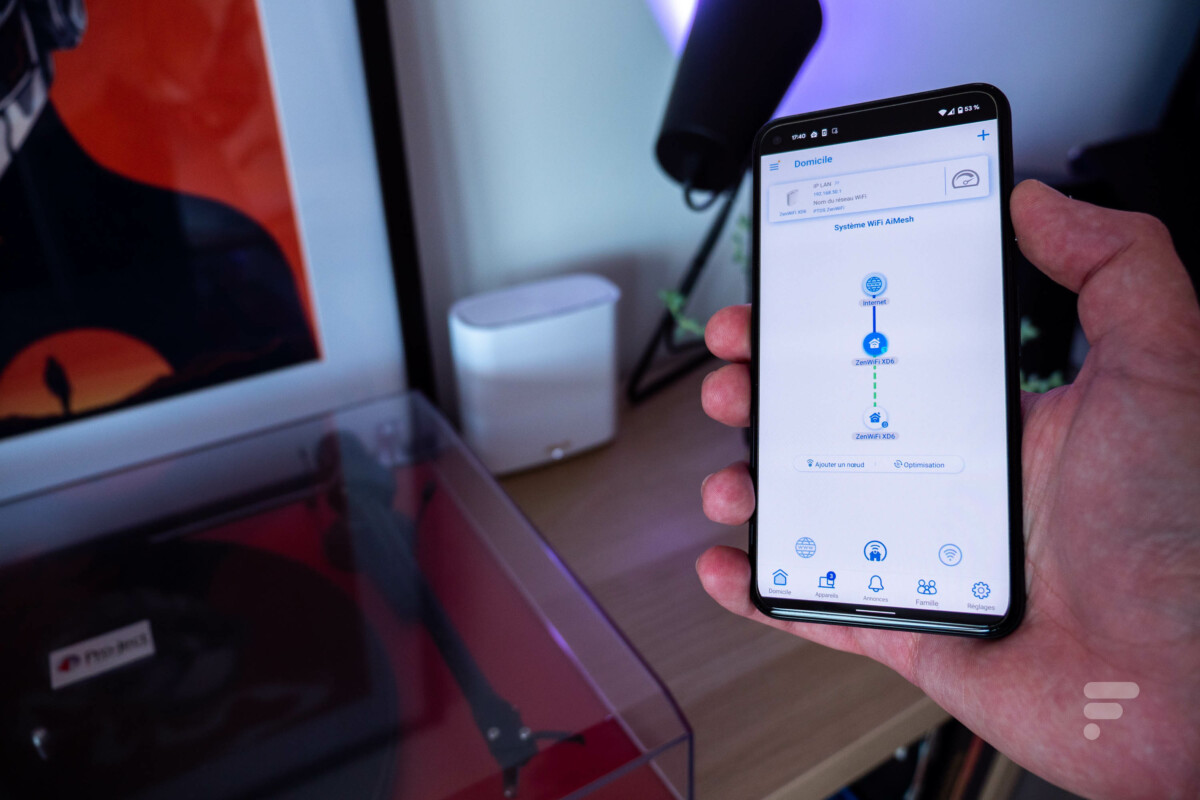 Once the application is launched, the configuration process is similar to what we find in the competition with an automatic detection of the first device that will logically have to be connected to the box or to the existing network. The addition of the second box of the kit is also done very simply and in a few minutes.

Functions do you want some here

Asus made a choice similar to Netgear by deliberately limiting the possibilities offered by its mobile application. However, the Asus solution still offers much more complete settings to users who do not wish to go through the web interface.

Very logically, we find the usual pages presenting the status and essential information of the network. Here you can view the current flow as well as get a list of currently connected devices. On the page dedicated to each device, the application offers the possibility of assigning profiles allowing intelligent optimization of the network. You can also simply limit the bandwidth of devices.

Asus has tied a partnership with Trend Micro to provide security and filtering features. We thus benefit from various protections linked to the Internet which can also be deactivated individually.

This partnership also allows the ZenWiFi solution to offer content filtering using different profiles. Thus, it is possible to associate devices with users and define time slots for Internet access, but also specific filtering rules depending on the content (pornography, games, messaging, etc.).

If other settings are accessible from the application, it is via the router’s web interface that we can really unlock the potential of the ZenWiFi XD6 kit. Here there are many settings that will particularly appeal to advanced users.

Fine-tuning of Wi-Fi, DHCP, routing, VPN settings… On these points, the Asus solution does as well as most routers on the market. As with Netgear, it will also be possible to completely replace your internet box with the ZenWiFi kit. 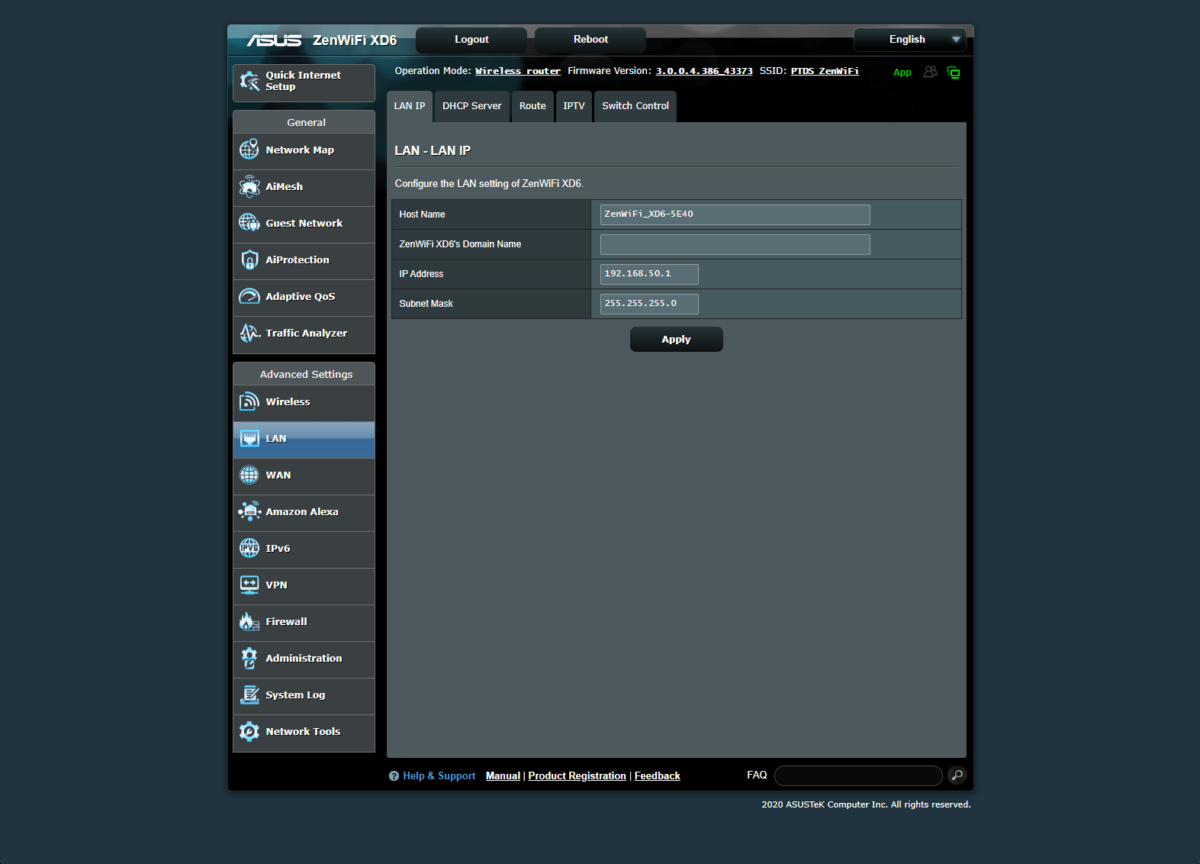 The ZenWiFi kit therefore offers very complete and above all free functions (isn’t it Netgear?). The mobile application is very clear and easy to use while offering full functionality. The most demanding users will also find their happiness with the web interface which, if it is very austere, is ultimately practical to use.

Let’s tackle the performance delivered by the Asus ZenWiFi XD6 kit. The kit is advertised as being able to offer a cumulative throughput of 5.4 Gb / s (by adding the 2.4 GHz and 5 GHz bands). In practice, the actually measurable flow will logically be much lower. 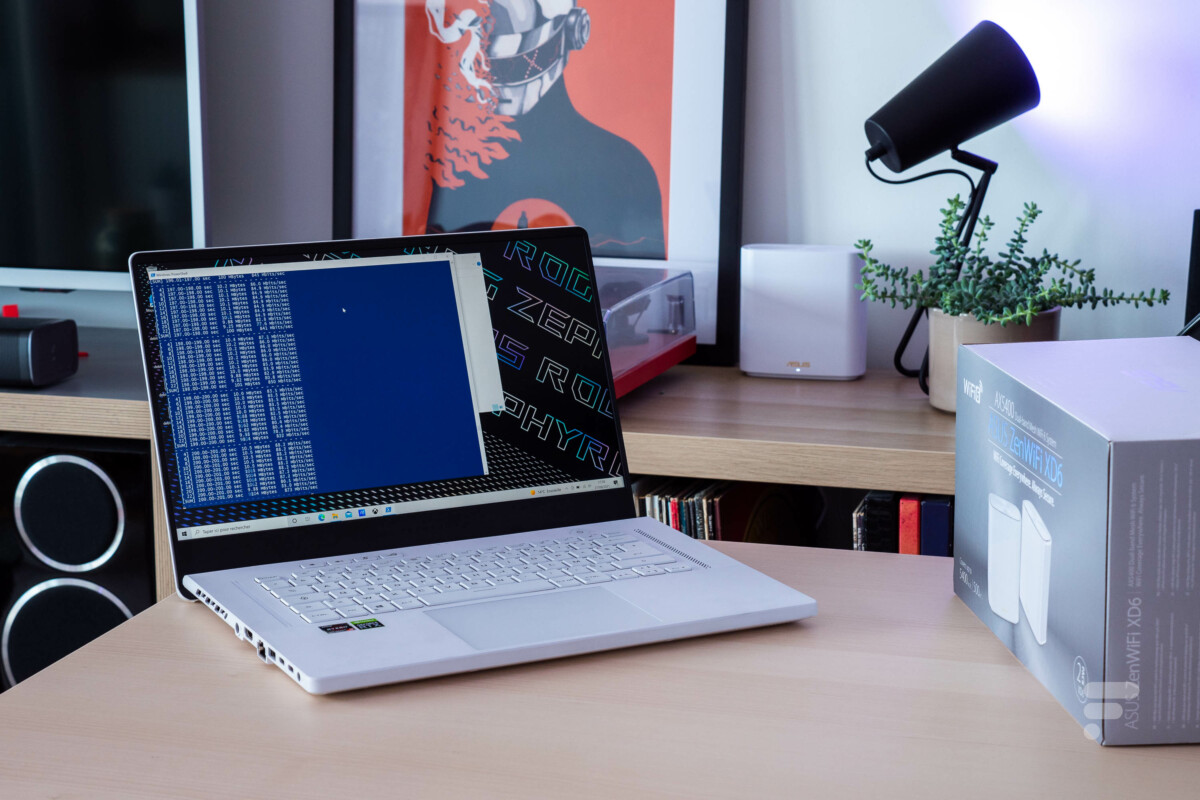 As with our previous tests, flow measurements were performed using the iPerf utility between two Windows machines. The first was therefore our fixed machine, wired to the ZenWiFi router and acting as a server. The second here was a laptop Asus Zephyrus G15, a very powerful machine that we had recently tested and which is therefore logically compatible with Wifi 6.

Note also that despite its WiFi 6 compatibility, the PC we are using does not necessarily allow the full potential of the kit to be exploited. We also used a Google Pixel 5 smartphone to test the kit’s performance in Wifi 5, which currently represents the vast majority of users.

The first throughput tests were carried out with a single ZenWiFi box and therefore without a mesh network. In an ideal situation, we have here reached a stable speed between 800 and 900 Mb / s in Wi-Fi 6. With our Pixel 5 in Wifi 5, the speed easily exceeds 500 Mb / s. By constraining the signal a little with a load-bearing wall and a distance of about 5 to 10 meters, the speed drops here between 300 and 400 Mb / s in Wifi 6. 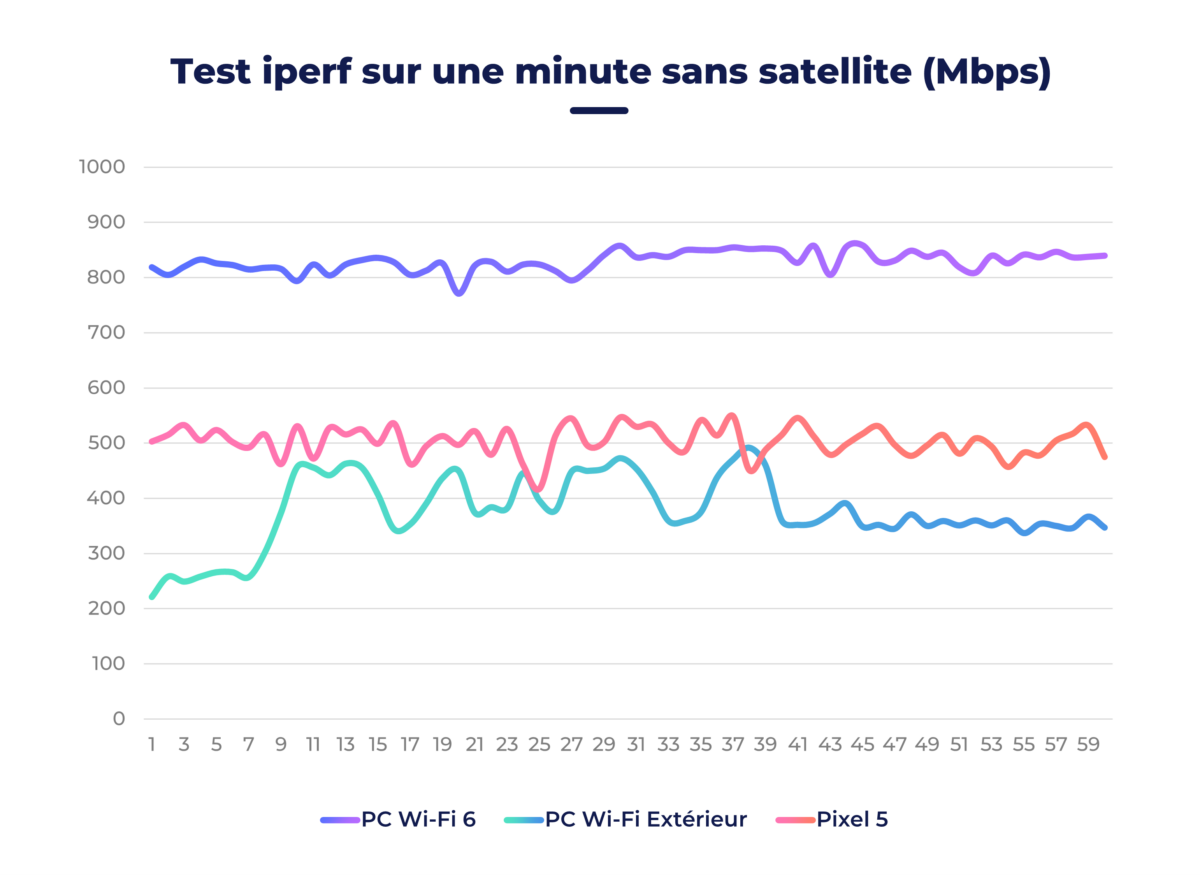 Adding satellite to our facility has little impact on the raw performance of the solution. The main objective of a mesh network is to improve network coverage without actually influencing its gross speed. We therefore logically find very similar values ​​to our first test. Note all the same that this kit is not tri-band, which implies that part of the available bandwidth will be used for the link between the two boxes. 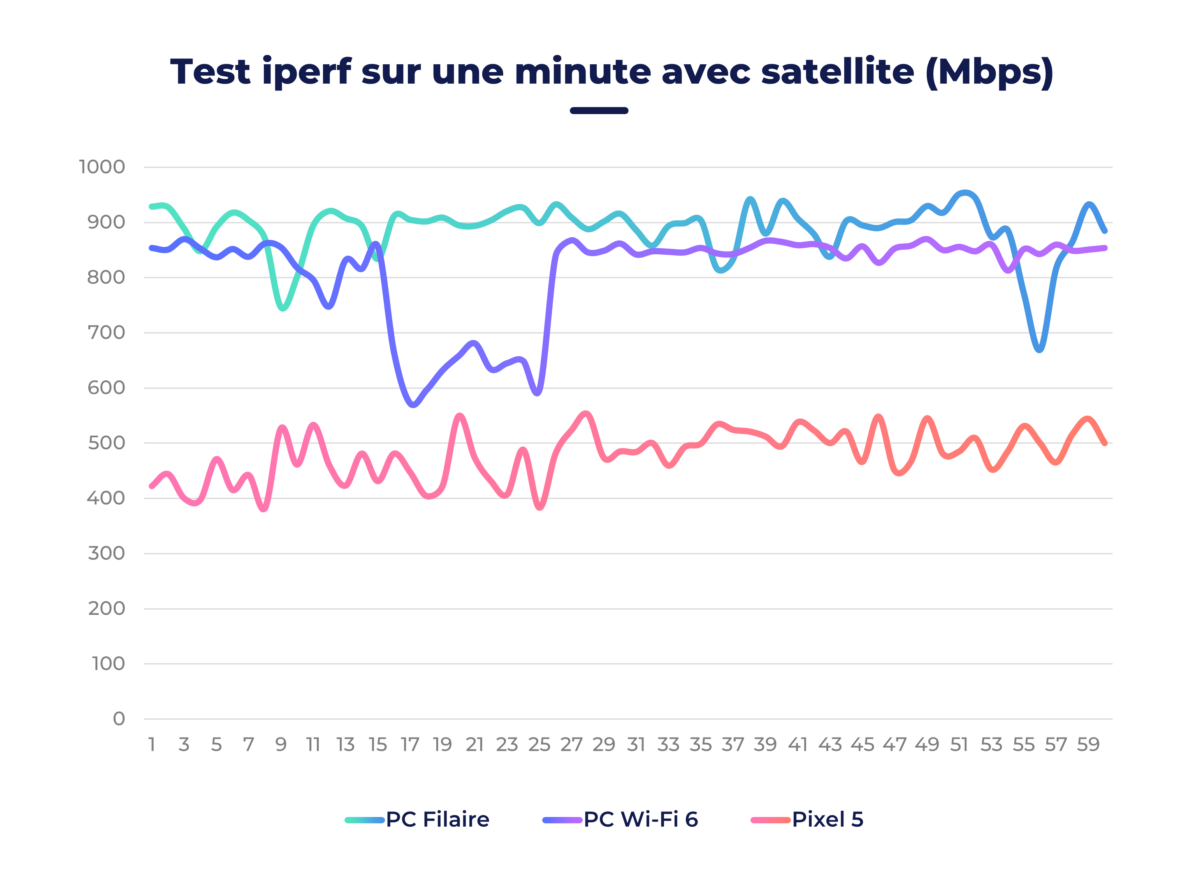 We nevertheless took advantage of the addition of the satellite to test the speed with our computer connected to RJ45 directly to the satellite. Here, the speed easily exceeds 900 Mb / s and is therefore close to a real wired connection. The general latency observed in Wifi is also very correct with 2 to 3 ms more than being directly wired to our box. 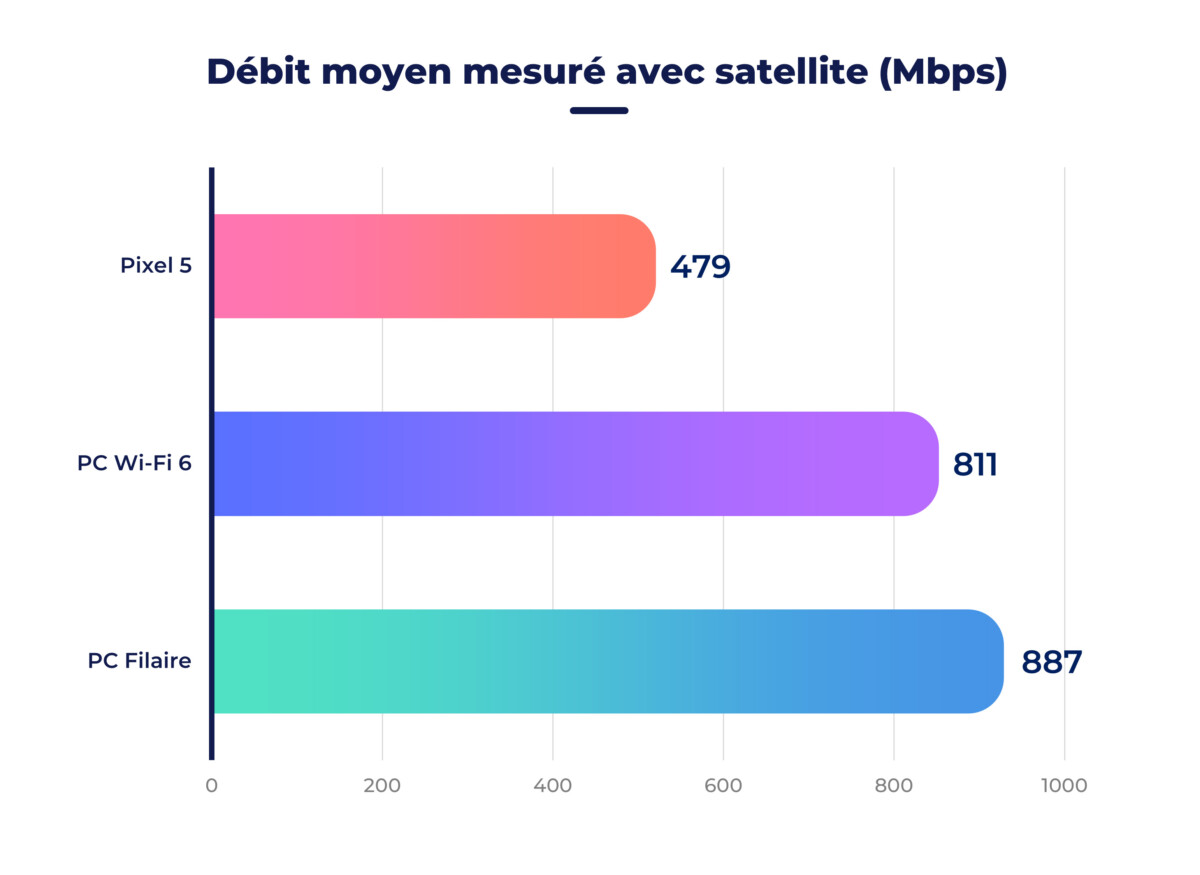 As for the Orbi kit tested previously, we will not recommend the purchase of a complete kit for a small housing since a single box will be enough to cover very correctly a housing of about 50 m². The overall performance of the solution is very convincing and allow to obtain speeds close to the gigabit in Wifi 6.

Price and availability of the Asus ZenWiFi XD6 kit

The Asus ZenWiFi XD6 kit is available for around 400 euros from Amazon at the time of our test.

It is also possible to get a single box for a little over 200 euros, always at Amazon.

Previous articleJosé Mourinho’s dream debut with AS Roma
Next articleChristophe and Coralie Licata: thanks to which famous host did they meet?