Property tax 2021: here are the cities where it increases the most

The notices were sent out at the end of August. Taxpayers will soon have to pay the property tax that applies to all property owners. This local tax must in fact be paid before October 15.

As every year, local authorities can choose to increase it. The inhabitants of the small town of Guéret, in the Creuse, for example had the unpleasant surprise to see an increase of 900% on their tax notice.

If this scenario remains exceptional in France, some increases are still to be expected.

The FSL firm, specializing in regional financial information, compiled data for the entire territory. It appears that at the national level the increase is limited to 0.3%. Only one in ten cities made an increase. Among the most notable are Chartres at (+ 15.6%), Montrouge (+ 17.7%) or even Belfort (+ 12.2%) and Evry-Courcouronnes at + 11.6%. 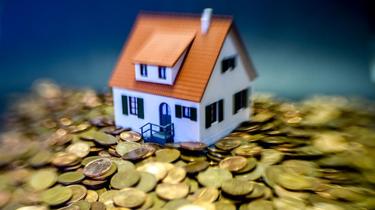 It is therefore a relatively modest year of increase for taxpayers. The property tax would still have jumped by 31% between 2010 and 2020 according to calculations by the Observatory of the National Union of property owners. After the gradual abolition of the housing tax, observers expect the local tax to increase sharply in the coming years.

Previous articleA series of surveys overwhelms Facebook
Next articleBefore Lens – Lille: Why Jonathan Ikoné can no longer do it since his stint in the France team

Savings: what is this new savings account worth, which promises a 5% return?

Bruno Le Maire draws up a plan for the automotive industry

Cyber ​​attacks: Microsoft warns of a new large-scale campaign by the Nobelium group