The case agitates England. At least 14 white musicians from the English Touring Opera have been notified of non-renewal of their contracts, in an attempt to “increase” diversity within the orchestra. A decision which deeply shocked the musicians’ union.

To justify its decision to part ways with these 40- to 66-year-old musicians, the English Touring Opera pointed to the instructions allegedly given by The Arts Council England, which is funding ETO to the tune of 1.78 million pounds a year … which the organization stands firm for. “We never encouraged the English Touring Opera to send this letter,” they explained. In a document addressed to his associates, James Conway, CEO of English Touring Opera explained that the company “will make significant changes” and is preparing to emphasize diversity within the team. 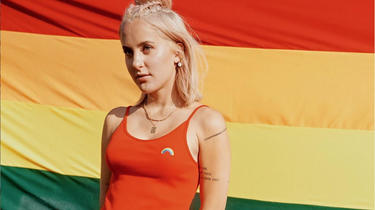 A real blow to the 14 musicians who were dismissed, some of them working for the company for more than twenty years, despite their freelance status. As reported by the Daily Mail, which published the letter the organization sent to its employees, there are no diverse musicians within English Touring Opera at the present time.

The musiCs union says it is “dismayed”

In the United Kingdom, the decision provoked an outcry, in particular within the musicians’ union, which said it was “appalled”. As the Daily Mail specifies, the musicians who will not participate in the season which will begin in spring 2022, had high expectations of the performances to come after being deprived of stage for several months, because of the pandemic.